Guerilla Toss Live in Nashville reminds me of the Frank Zappa You Can’t Do That Onstage Anymore series where the arrangements and delivery on the studio versions were so near impossible that they could not possibly be recreated live. Zappa and Co. gladly proved all naysayers wrong. Remember that time when Bill Graham bet the Grateful Dead they couldn’t pull off the Blues For Allah album live? Sure you do. The Dead went into the Great American Music Hall and kicked Graham’s ass.

This is what G-Toss achieves here. What a band. I mean damn, what a band. Like one of the first great bands of the new century great. Who would you compare them to? Who do they sound like? They are their own thing and what an excellent thing it is.

There is not one of Guerilla Toss’s studio releases I would not recommend. From the arrangements, the sounds, the punishing yet incredibly dynamic delivery, they are just fantastic. In the live setting, the band just rips it up. You how your King Crimson 1973 live tapes sound where the band maintains their ridiculous chops while totally incinerating the place? Sure you do. It’s like that.

Quite often, live recordings only embarrass a band. The drummer is all over the place and not in a good way, the singer is nowhere near the mic and the overall sloppiness blunts any possible impact. You want it to be better and it should be. A lot of bands don’t put the time in to get it together for live shows, like it’s not all that important, like no one is really listening, like no one showed up with any expectation whatsoever. Then there are bands that bring the goods. Remember the last time you saw Deerhoof and they just completely, to borrow from Slim Gaillard, nailed the avocado seed to the roof? Sure you do. Guerilla Toss Live in Nashville is like that. It would be a fun show to go to. Even funner to watch some band have to go on afterwards. Guerilla Toss. Great band. Live in Nashville. Great record.

The latest stop on the brilliant arc of the G-Toss trajectory, Live in Nashville captures the unpredictable ecstasy of the band in live performance. From the Fat Worm-like form-breakdown of “Drip Decay” to the irresistibly lop-sided groove of “Diamond Girls,” this is how G-Toss was meant to be heard: very live and very loud.

Although they change bass players the way Spinal Tap went through drummers, the core of this Boston combo — vocalist Kassie Carlson, and guitarists Peter Negroponte and Arian Shafiee — have remained a constant through their evolution. Beginning as a wildly anarchic take on the noise-art paradigm, they began to develop their strong rhythmic base almost immediately, and it’s still the balance (or imbalance) between these elements that gives them their secret power.

An amazing concert act, this is the first real documentation of their live show. And while it’s only an approximation of the full-on in-your-face experience of G Toss as their trouser-wetting best, it will do for the nonce.

Nashville — come for the hot chicken, stay for the shattered disco balls. You’ll be glad you did.  – Ted Lee, 2016 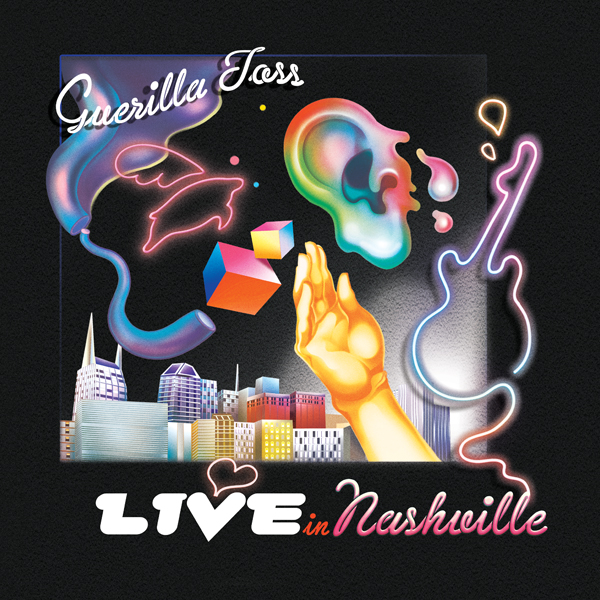