Plymell and Watt had met a year earlier at the Festival Ecstatique in Western Mass, and they hit it off like crazy. So when this tour was coming together, and Charley agreed to reprise the work he did on the More Hair Less Bush tour in ’94, we noticed Watt’s path with the Stooges might intersect around the Philly area. As always, Watt was chuffed to not have to take a day off, and excited to team up with one of his literary heroes. Plymell was stoked as well, and the two were spieling and laughing from the moment they hooked up.

When it was time for them to perform, they were ready to fucking rock. Watt starts things with a couple of his own poems (which were published as a booklet for this appearance) then Charley rolls into it, with Mike shifting to bass. Starting with classics — “Song for Neal Cassady,” “Was Poe Afraid?,”etc. — Plymell adds a couple of new ones at the end, while Watt pulls spectral bass lines from the aether, and the dark hot night soaks it all in. The whole event was prettty amazing, but this meeting of the minds, was really the high point for most of us.

You might not have been there, but thanks to the recording made by Laki Vazakas and the pics taken by Dan Cohoon, you can now lie and say you were! Just remember — we were all sweating. Even Charles Burns! 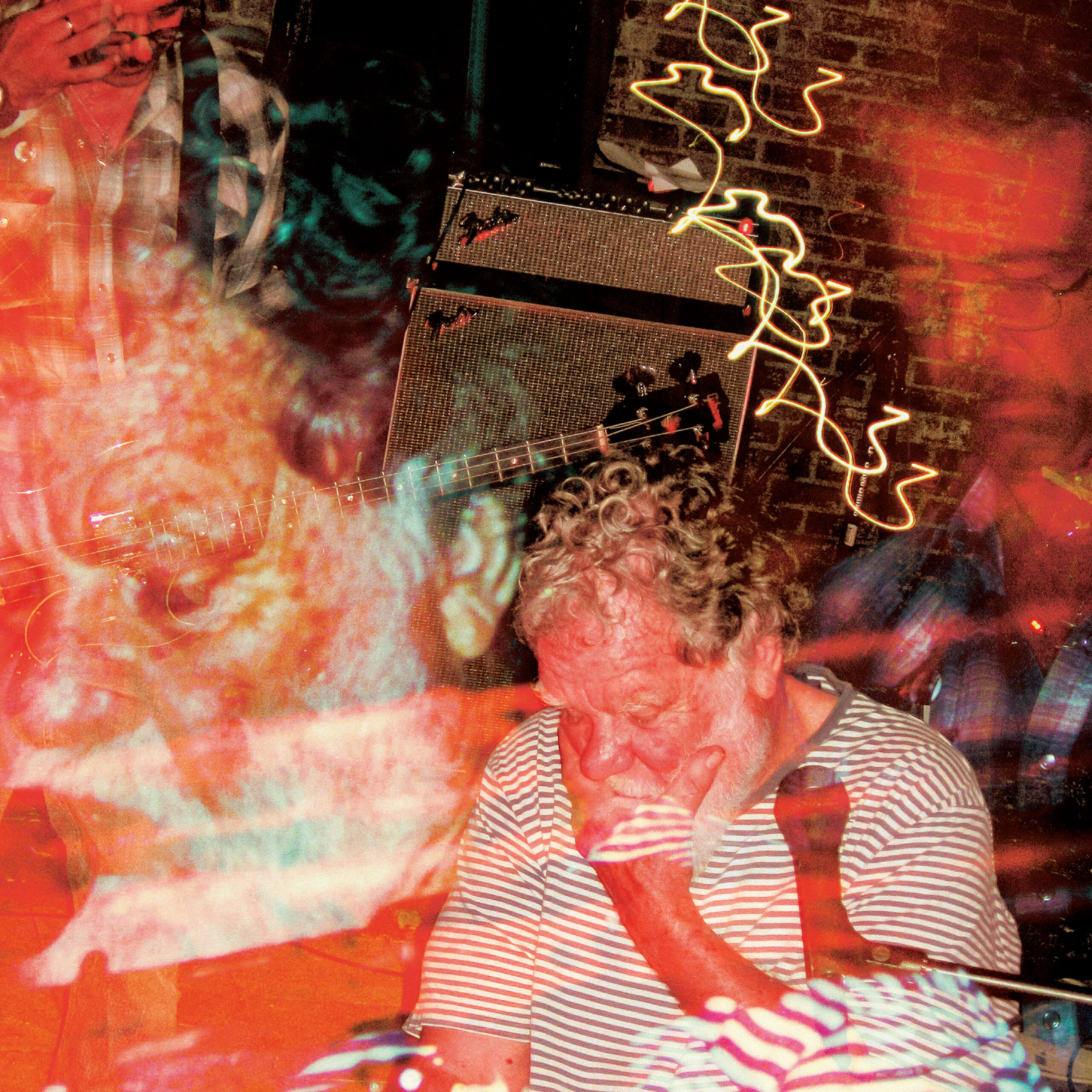