In the intervening decades, Ms. St. John issued four gorgeous LPs during the 1970s, then had a quiet spell after moving to the U.S. In the ’90s a sequence of crucial archival recordings on John Tobler’s Road Goes on Forever label, as well as Nigel Cross’s peerless Shagrat imprint. started appearing. She began playing live again as well, appearing at Phil McMullen’s Boston Terrastock among other places.

With the release of Live at the Betsey Trotwood, Bridget demonstrates to all and sundry that her musical powers are undiminished. Beautifully recorded at the Betsey in London, the set mixes newer originals (“Castaway,” “The Hole in Your Heart,” etc.) with classics from her repertoire (“Fly High,” “Ask Me No Questions”) and some lovely covers. These range from Joni Mitchell’s “The Fiddle and the Drum” segueing into a Trump-informed version of “America the Beautiful,” to a sweet take on Michael Chapman’s “Rabbit Hills” (from Fully Qualified Survivor).

Listening to this set, I am actually reminded of Chapman (with whom Bridget has been touring recently). Both of them seem to be ever advancing, their voices growing richer and stronger as they accrue experience, the beauty and power of their guitar playing diminishing not one whit.

We are extremely honored to present a new LP by Bridget St. John, and truly believe it will slay you as fully as it did us. 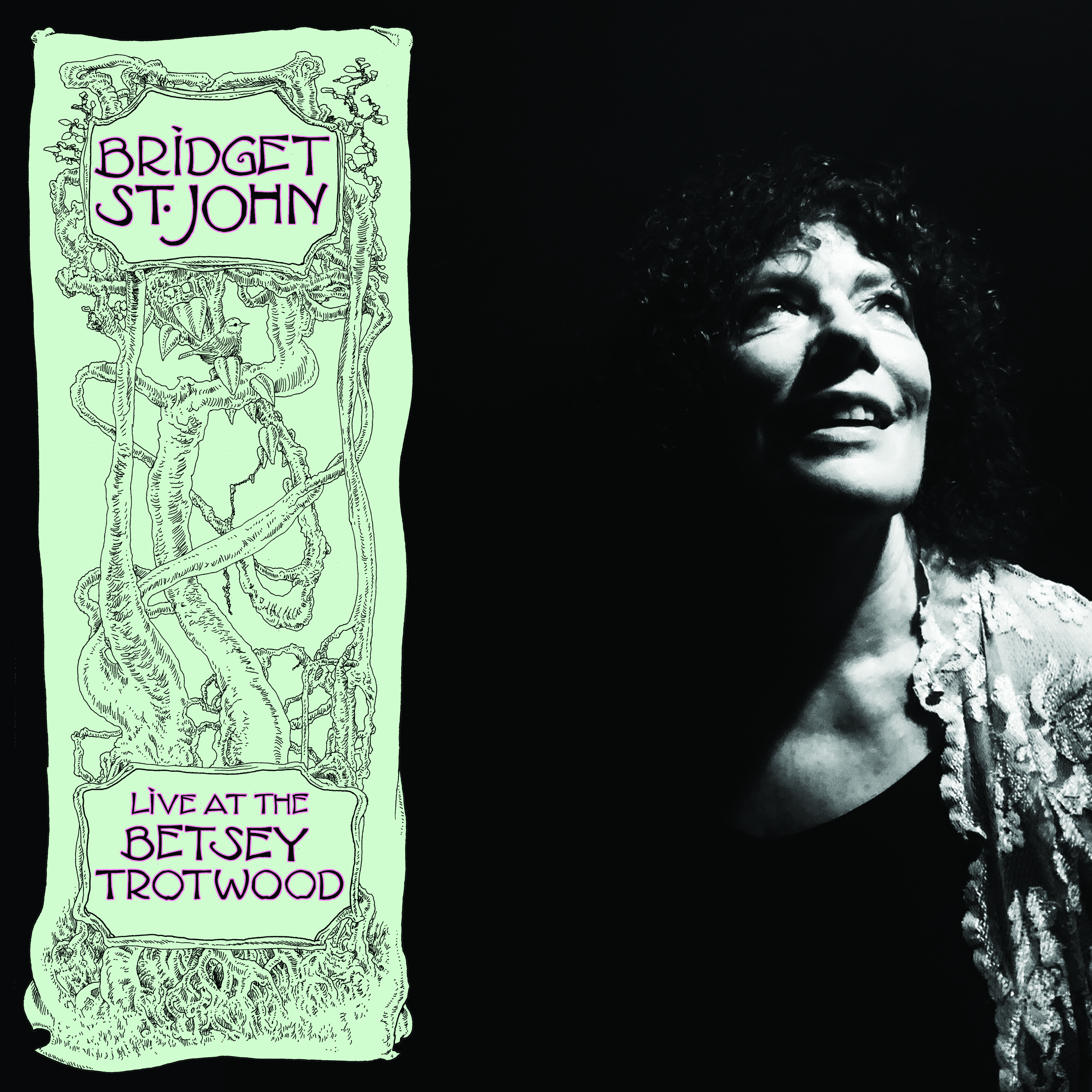