In May of 1978 there was a five night music festival at Artists Space on Hudson Street in Tribeca. Although almost no one cared at the time, the event has since entered the halls of legend, as one of the signal events in the history of the No Wave era – one that managed to include both the Lower East Side bands and those fronted by their Western contemporaries. On the final night of the festival the two bands playing were Mars and Teenage Jesus and the Jerks. What we are presenting to you today are both sets by Mars – the most mysterious, and bizarrely-styled NY band of their day. One set takes up each side, and while they are similar in song selection, it’s wild to hear how different they are in terms of attack, sonics and approach. The quartet – Nancy Arlen, China Burg, Sumner Crane, Mark Cunningham – was never captured at its mutational best in the studio, but this live slab is revelatory. Tunings, structures and rhythms from a place Capt. Beefheart once called “the other side of the fence,” this is Mars at their most glorious. A further live Mars LP will be forthcoming in the spring. – Byron Coley, 2011 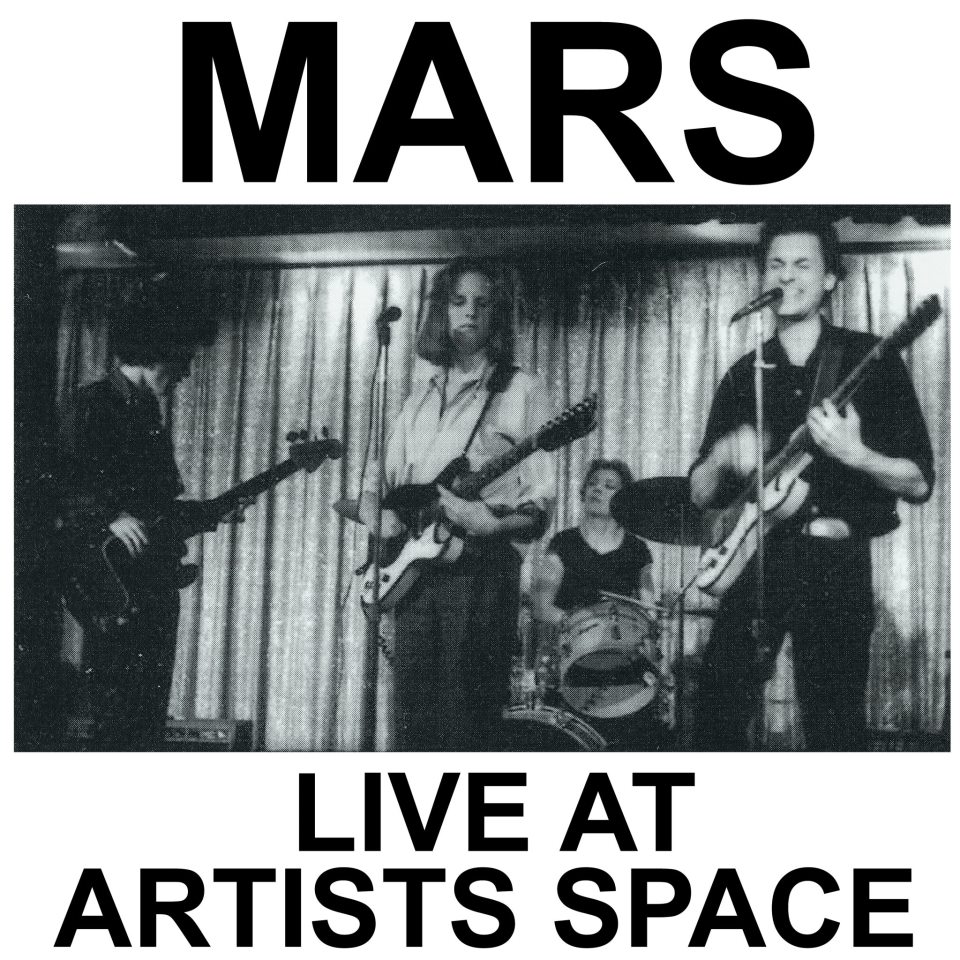