Divine Horsemen were a band formed & led by Chris D between the years 1983 and 1988, while he was on hiatus from the Flesh Eaters. Divine Horsemen (taking their name from one of the Flesh Eaters’ most powerful stompers) emerged as a byproduct of Chris’ gorgeous solo album, Time Stands Still. He met singer Julie Christensen a few months before the recording, and the mix of their voices was such a perfect pairing of honey and gravel, they knew they had to keep working together.

The two shows from which this album is harvested were recorded just before the Devil’s River album came out in ’85, and close on the heels of ’87’s Middle of the Night. It seems wild to me, listening to this disk for the umpteenth time, how together these songs are as rock-qua-rock monsters. I realize I’m biased and all, but I’d say half of the tunes are nothing less than goddamn classics. I somewhat prefer the later version of the band with Peter Andrus on guitar (he replaced Wayne James, Cam King and Marshall Rohner), but that’s just picking nits. The core of the line-up was stable – Julie and Chris singing, the late Robyn Jameson (the sole holdover from the Flesh Eaters) on bass, Rex Roberts on drums – and they always sounded real damn good.

Sadly, the band didn’t last as long as hoped. Chris and Julie got married, but that was a collaboration that burned too hot to last. The band split when the couple did, which ended a truly ecstatic vocal pair-up. Julie went on to work for almost a decade as Leonard Cohen’s angelic foil, but I was more excited to hear she was guesting on 2019’s boss Flesh Eaters’ album, I Used to be Pretty. And her vocal spots at a few of their live shows were spine-tingling.

But there’s nothing quite like the sound of Divine Horsemen. From the hot rod thuggery of “Mother’s Worry” to the sweet massage of “Middle of the Night,” their music will take you where you want to go. So lay back and dig this disk, while you wait for their new studio LP, Hot Rise of an Ice Cream Phoenix, on In the Red. There is also talk of a live tour, which would be fan-fucking-tastic. More than that I cannot say. 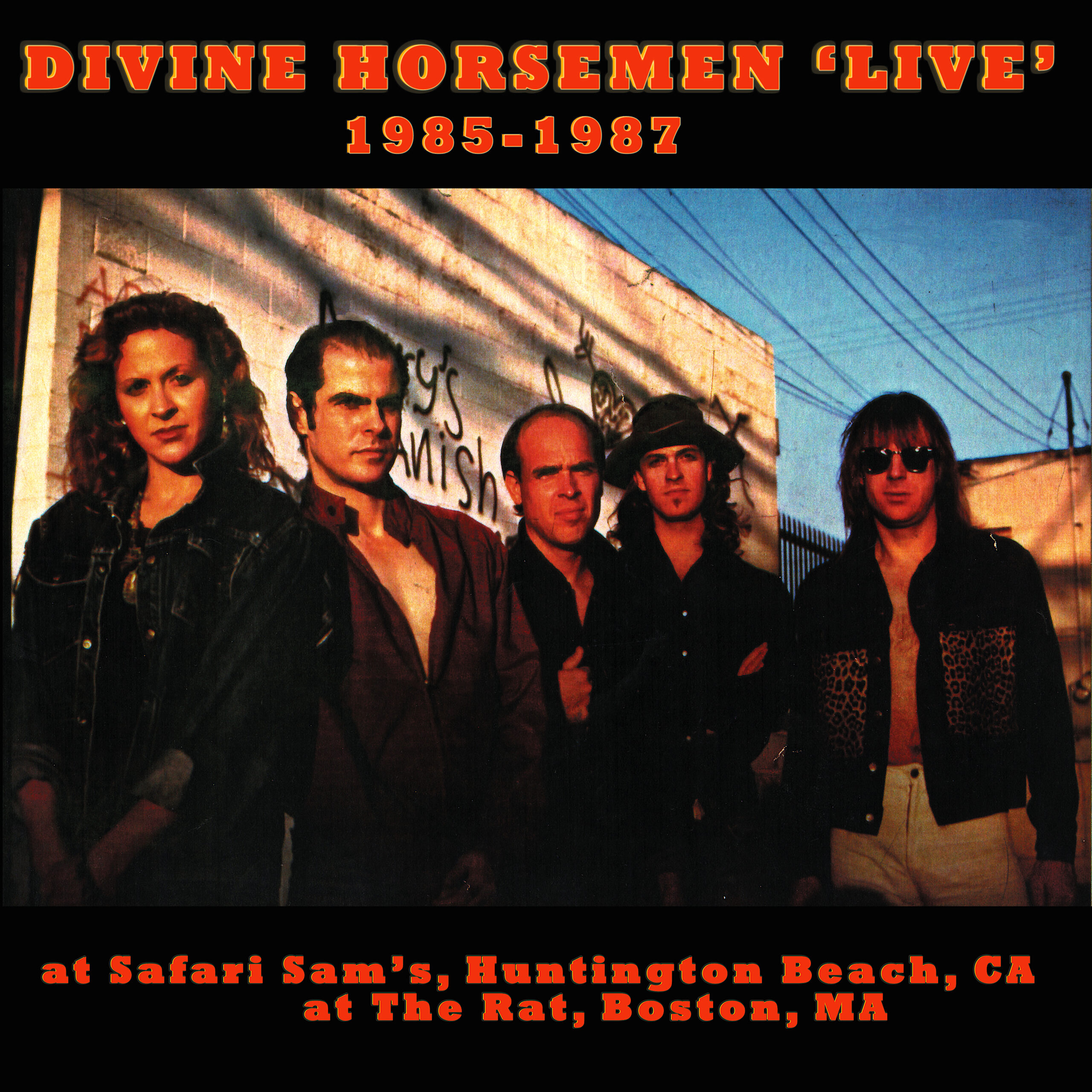