The a-side is a live recording of a very special Turners Falls performance, at which singer David Russell literally “called it in.” On Skype. Many audience members remarked how much more relaxing (not to mention relaxed) the band seemed without Mr. Russell in their midst. And that may or may not be, but this here is definite sonic evidence that the band played real well without David’s physical hectoring.

Lauri McNamara also calls in her electronic rinkery, but the rest of ’em — Ted, Scott, Sophie, Jen and Brett — provide a wiggling backdrop of nudist/dada minimalism. Shorn of all clothes, the four played in semi-darkness on an array of gadgets that would have made James Bond green with envy. None of the devices can actually be named here, since patents on all of them are pending, but you can hear their beauty. A sprong here, a plonk there, and above it all — a withering dither.

The flip was recorded at the old Feeding Tube store with Olivia, Sophie, Scott, Ted and David, all fully dressed, and playing like they were a circle of overwound mechanical toys. What’s it like being ready to pop? Just give this a spin and you’ll know more than you ever dreamed possible.

And that’s what they call Little Sickie.  -Byron Coley, 2016 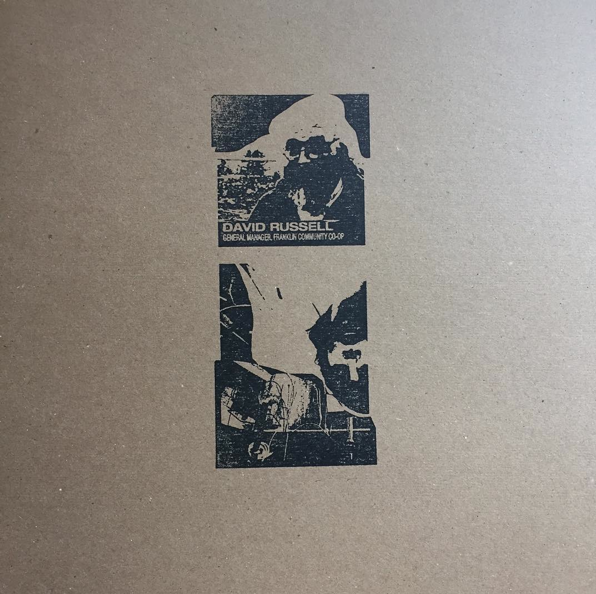