Frank Hurricane and Hurricanes of Love - Life Is Spiritual

It’s fair to say that what the world needs now is love. And not just a drop here or there. Enter the Hurricane. This latest offering is a high point in a career that is all about being high and impossible to put a point on.

Life is Spiritual – it’s an evocation, a flowering of a singular vision.  There is nothing static in Hurricane’s world, even if he is drawing on more recognizable forms than in the past. He’s mastered the elusive art of being in the moment. His car is a character, the road is his friend, but what stands out the most is the string of places. The places don’t so much define the people in them as they act on their inhabitants spiritually. Like ghosts.

Out of the gate, yeti powder, pills, and spiritual rivers lead him to the corrupt town of Sneedville, TN. We meet Cricket O.G., who warns of weed laced with PCP, and even though a boy falls into a gasoline fire, the Sneedville blues can’t get our Frank down.

“Susquehanna River Blues” spins a yarn about hitting a Burger King with a group of Juggalos and wrings bright beams of profundity out of the experience with the simplest language imaginable. “Gatlinburg Blues” augments its colorful tale with eerie strings sawing away in the background, summoning ineffable drama and on “Holy Mountaintop Rainstorm,” Frank sings against a phalanx of horns. “Johnson City Blues,” with its fascist bovine building a pipeline, is a tale of a haunted devil town, sinners in the hand of an angry god, and the terror of early America that’s never left us. The only peace is to be found in breezes and natural beauty. Frank wails like a banshee.

The title track finds Frank reflecting, distilling not just the album but his worldview into a head-nodding jaunt. “Life is spiritual” becomes an incantation, which Frank and Rene Bailey belt out like a call to the cosmos. “Beneath tha BP Lights” is an ethereal tale of a game of pool, and “Mooneye Travelin Blues” is a lament of the highest order. “Lonely Love” is just what it sounds like, Hurricane style. The road, for all of its adventure, is also a lonely place. “Chattahoochee Flow” takes us out of this LP, but we know Frank’s still rolling on.

And it’s a gorgeous presentation: a hefty sleeve with a holy psychedelic painting by Turner Williams. Plus a download card if you go in for that sort of thing. 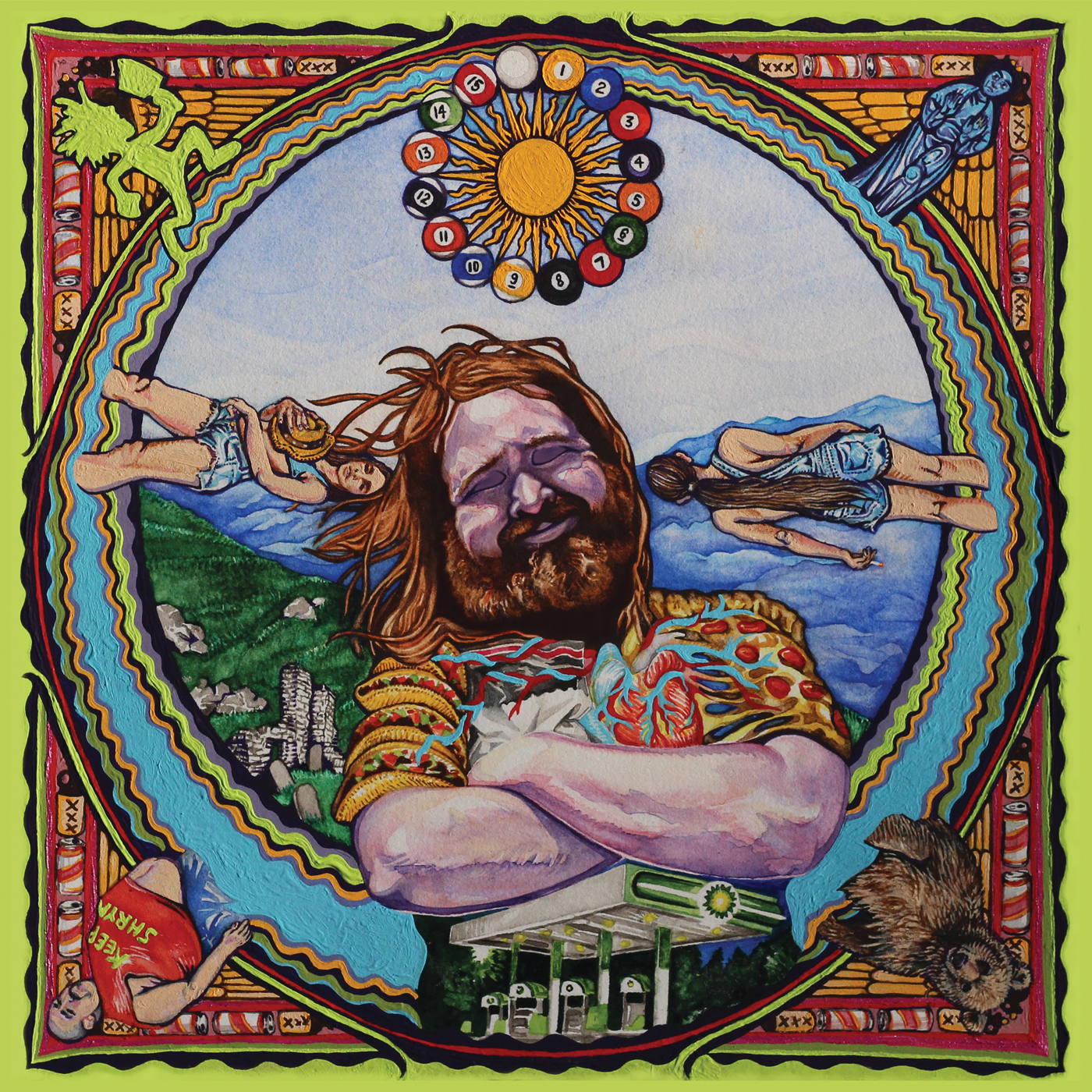