What a pleasure it is to bring you the first vinyl version of Jokes and Trials, the 2006 solo debut by Melbourne’s Ned Collette, whose incredible song cycle Old Chestnut (FTR362) and brilliant instrumental album Afternoon-Dusk (FTR468) have been widely and correctly lauded as classics.

As Mark Harwood explains in his excellent liner notes, Ned emerged from the Melbourne improv underground along with people like Will Guthrie and Joe Talia. Indeed, it was Talia who turned Ned onto Jim O’Rourke’s 2001 classic, Insignificance as a way of demonstrating possible connections between pop song form and avant garde strategies. Ned’s own first moves in this direction built around loops. But by the time he was ready to cut Jokes and Trials, he was eager to try more traditional musical structures, infused with subtle tendrils of experimentalism.

The songs on this album use elements like pedal steel, cello and a vocal chorus to create a set of music with a timelessness rooted equally in early ’70s singer-songwriterism, and subsequent avant garde variations on the form. There is something at the base of Ned’s guitar and voice here that put me in mind of Bert Jansch’s work for the Charisma label. The vocals and words bespeak a knowledge or the same deep well of sorrow, although whether this is truth or artifice I cannot claim to know.

Several of the tunes on Jokes and Trials point directly towards the richness of Ned’s evolving style, and his ability to use small changes to instrumentation in ways that feel radical. The more I play it, the more the detailing reveals itself. This album may represent an early step in Collette’s stylistic journey, but it is a sure and beautiful one. Certain to massage the souls of those who came to his music later in the game.

A good one for sure. 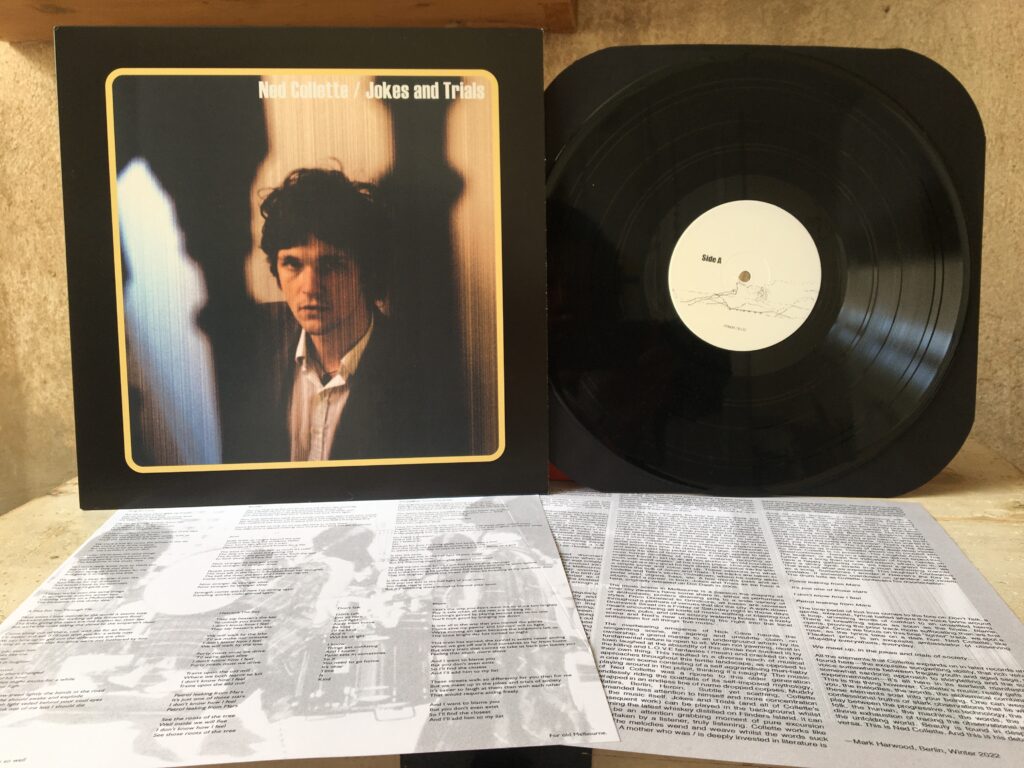 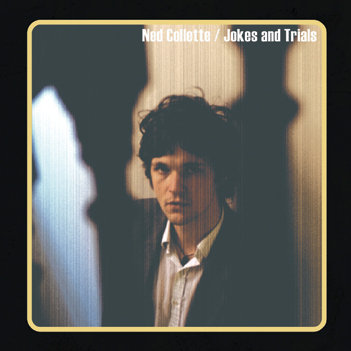