Cardinal Fuzz and Feeding Tube Records are proud to announce – The Myrrors  ‘Invocaciones : Singles and Strays (2014 – 2016)’  – a dip into the archives with these shaman from Tucson, Arizona. ‘Invocaciones’ is a compilation of tracks previously available via the mediums of splits/lathes/cassettes and digital download, now all gathered together on this release with the added bonus of an extra 3 minutes added to a now extended ‘Eyes Of Copper’ and  ‘Semillas Sembrades’ no longer split over two sides of a 7”.
Over five tracks presented on ‘Invocaciones’ The Myrrors lose themselves in transcendental improvisation, from the opening track ‘Eyes Of Copper’ to ‘Invocación Por Un Verdadero Plan De Lucha Organizado Desde Abajo’ where The Myrrors are in free flowing circular raga mode. It’s a state of playing that takes take the listener into a deeply shamanistic ecstatic state that is both spellbinding and enrapturing, were you are treated to the music that rivals the free flowing communal progg freakdom of late 60’s/early 70s Germany/ Scandinavia but transported to the Arabian desert. Here a cacophony of flute and whistles, viola, tape loops, alto saxophone, bulbul tarang and guitars churn and cavort through ebbing cosmic shimmer and ecstatic pulsing ritualistic Eastern drones.
Try imagining The Velvet Underground, The Taj Mahal Travellers and Parson Sound transported to the Arabian desert. It is ecstatic and otherworldly as you open up your mind and let everything come through – The Myrrors have found the keys to the kingdom of heaven.
The Myrrors  ‘Invocaciones : Singles and Strays (2014 – 2016)’  is presented in a laminated silver mirri board outer sleeve that best reflects the artwork of Claira Safi. 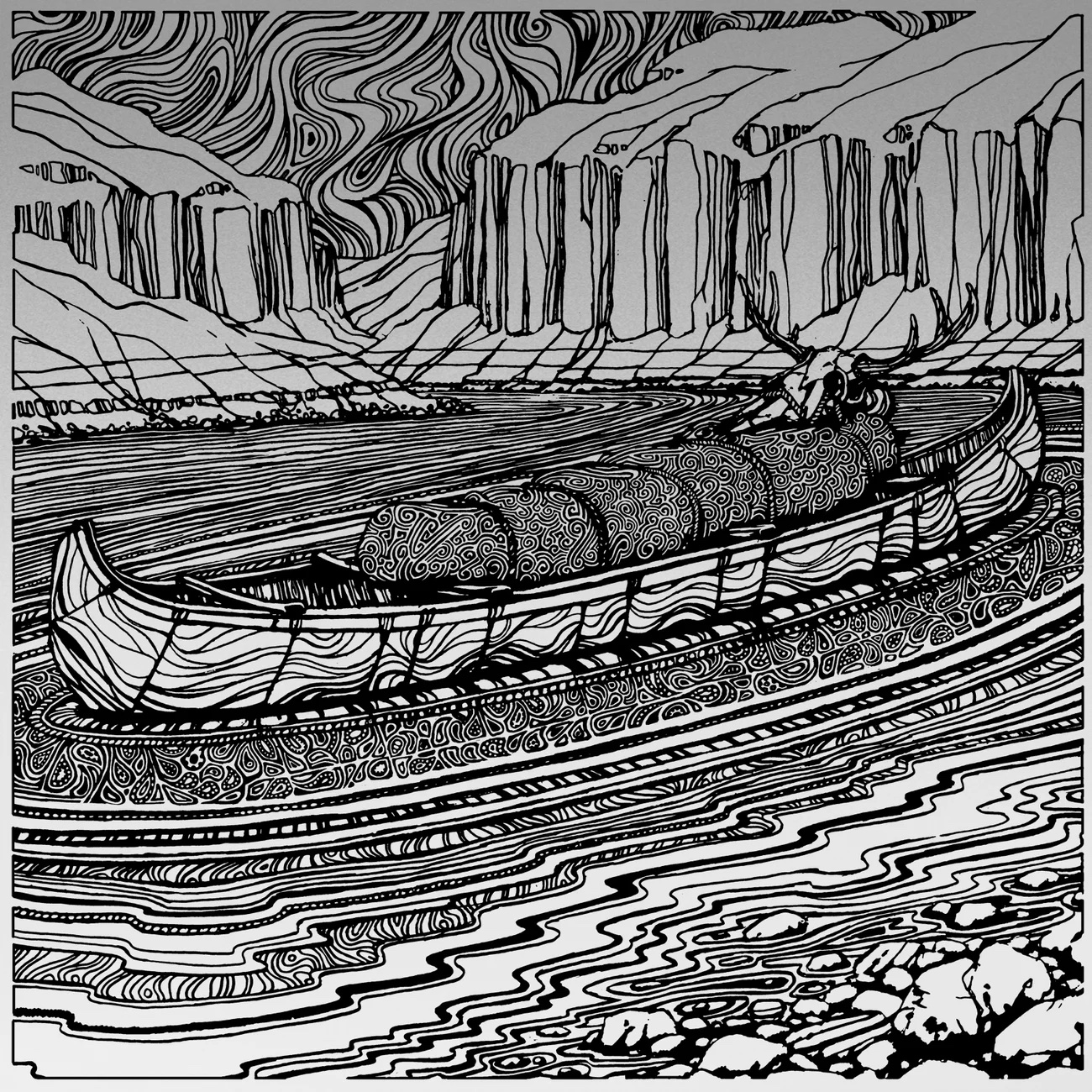