iji (pronounced “ee-hee”) is songwriter Zach Burba’s tenured, transcendental pop coalition. Bred in Phoenix and fully flowered in Seattle, iji has been touring the American underground for 14 years, releasing a countless number of beloved LPs and tapes and pressing pause only for Zach to join the roving swarms of friends like Mega Bog, Dear Nora, and Clyde Peterson, whose Torrey Pines film featured a live touring soundtrack by Zach and others.

iji, their self-titled 11th release, is a crucial wander through a gummy jungle that thrums with living things. Sounds plink, waft, and effervesce in friendly color changes, energetic yet gentle in expressions of patient-hearted pop. On first listen, it is easy to drift away on this familiar iji tide but deep down the record is a cartoon Saturn Return, with a lost, saucer-eyed narrator that wigs and wonders at himself and his surroundings, in blooming question marks. The real life starts by getting reacquainted with one’s self as the cosmic blunderer, the uncomfortable metaphysical tourist tripping through dimensions where you’ve lost track of your place, your rituals, your friends.

Although iji consistently slips from genre assignment, it has been an earnest pop experiment since its inception. The dancing procession of iji albums have reliably been about goofing, dreaming, love, and adventures through both inner- and outer-space, with lyrics and arrangements that sparkle with good-natured self-awareness. The tone that began with 2016’s Bubble has ripened on iji’s self-titled record, with confessions of confusion and personal limitations unrolling more insistently than ever, albeit with similar heaps of psychedelic tenderness.

The theme of movement— necessary, joyful, and dizzying—zigs through the record, most notably with the minty-blue “Faster”, and duet “In Motion,” featuring vocals by Greta Kline (Franky Cosmos). Present, too, are the loss and loneliness that come with endless flux, whether it’s in feeling alone-together in the social anxiety warble “Party’s Turn”, missing old kinship of absent pals (“Where Are You?”), accepting bewilderment at your own reflection (“I Don’t Ever Wanna Go Back,” “Lizard”, “Much Oblige”), or even in singing a requiem for a favorite tape whose warped reels can’t light the brain like they used to (“The Ultimate in Relaxation”). Other songs are stories told in harmony with these ideas; An artist’s performative self wriggles out of being truly known in “Something to Say,” we stop to gawk at the dude within “Chewing,” and thumbs twirl in the sunny one-room cottage of “Salmon Ladder.”

The album’s synaesthetic palette, pocked and splashed with noises, is a direct nod to iji’s relationship with visual art. One of Zach’s paintings appears on the cover and is, quite literally, a still-life of the music. For the album to be self-titled so late in the catalog is like a renewal of vows, to rededicate iji as a culmination of all these years and miles and people, a new era in what was always “friends making friendly music.” 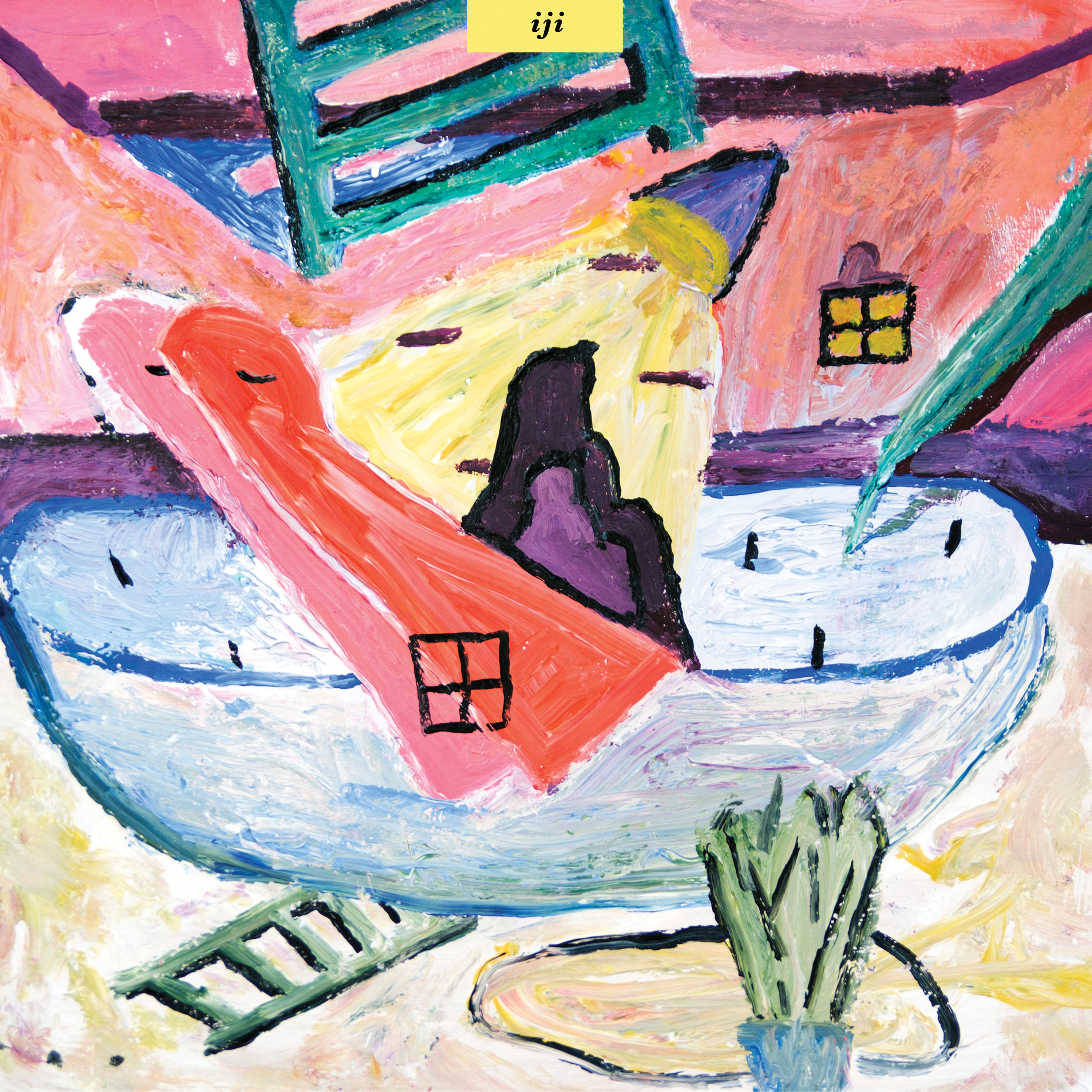