Melbourne’s Exhaustion have been producing some of the coolest records on the Australian scene for the last few years. I mean, there’s no lack of great OZ noise these days, but Exhaustion have managed to create a sort of post-scum/prog hybrid that hearkens back to those long gone bands — like the early (Mick Turner era) Moodists –who emerged from the Vegemite-stinking ashes of the Little Band scene. They generate a certain kind of noise, yeah, but it doesn’t feel like anything anyone else is doing. It has a spatial quality and language of gestures that only recalls complete anomalies like Mars.

Exhaustion put out a couple of great album in Australia, then made the weird-seeming decision to tour and record a one-sided record with Kris Wanders, a tenor saxophonist who was in the thick of the early European free jazz scene. Wanders had played in various Brotzmann ensembles beginning in 1965, and appears on such legendary LPs as Schlippenbach’s first Globe Unity record and Kees Hazevoet’s Pleasure One. He moved down to Australia in the ’70s and had played and recorded with several people, but only on CD, so we never knew about it.

Wanders’ first hook-up with Exhaustion was a surprisingly civilized affair. The music was as dense as the early Tony Williams Lifetime or This Heat, but never really got into the freak register, if you know what we mean. A gorgeous side. When we heard their might be another tour in the works, we begged for a boon, and this album is the result.

While similar to the first collab record, this one also allows itself to get unhinged in a whole different way. Again Ian Wadley (from Mad Nanna) is on bass, along with Duncan Blachford on guitar and vox, and Per Bystrom on drums. And the results are amazing free rock with a mix of blare and wobble that will leave you breathless. As sweet as a lost Futura side. Tell yr friends. 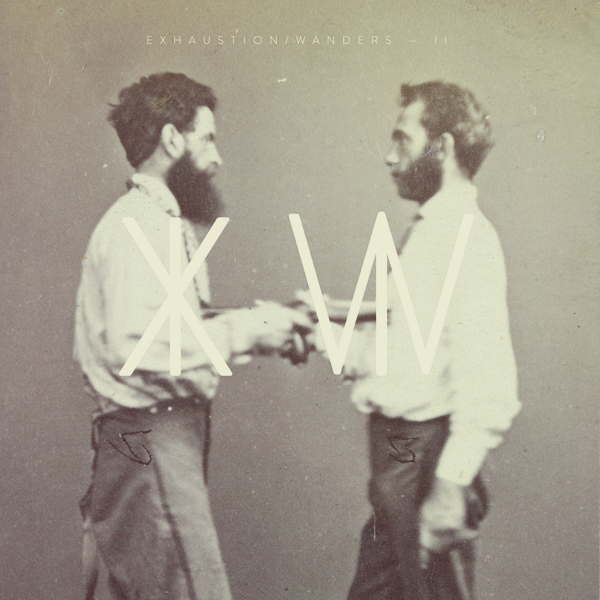