This is a reissue of Josh’s 2020 LP, originally released on his own Mystra label, many copies of which ended up being warped. Rather than deny his fans the aural pleasures they so richly deserve, Feeding Tube stepped in to offer some assistance in getting a flatter pressing together. We hope this works out for you.

If You Can’t Wander is the seventh LP Josh has released since 1995 and it may be his quietest, most songwriterly effort yet. Of course there are the occasional bloops of electronics (or what have you) that tend to pop up in his much of work, but the bulk of the sound here is acoustic guitar and solo vocals, presented in a very intimate fashion. Everything is mic’d so closely, there are times where you’ll be able to close your eyes and imagine Josh is sitting right in your goddamn lap.
By personal choice, Burkett often seems to favor English models for his picking, with lightly embellished melody lines that sound as though they were recorded directly onto Bill Leader’s four-track. But his vocals, especially on this album, are extremely casual in both delivery and harmonic resolution, appearing to follow something more akin to the American loner-folk model. Reading along with the lyric booklet provided, I was struck by the words in a way I haven’t always been on Josh’s previous albums. On earlier sides, the vocals almost felt like a nearly-hidden element of the overall sound more than anything with very specific meaning. But reading them affords listeners an entry point to whole new layers of their strange greatness. They possess a savage lostness that makes this record resonate with some of the same qualities that animate the work of Dana Westover or Dave Bixby.

If You Can’t Wander the Waffle — Wonder the Drizzle is Joshua Burkett’s defining document thus far. It’s a record that will take you as deep as you allow it. Amazing stuff. 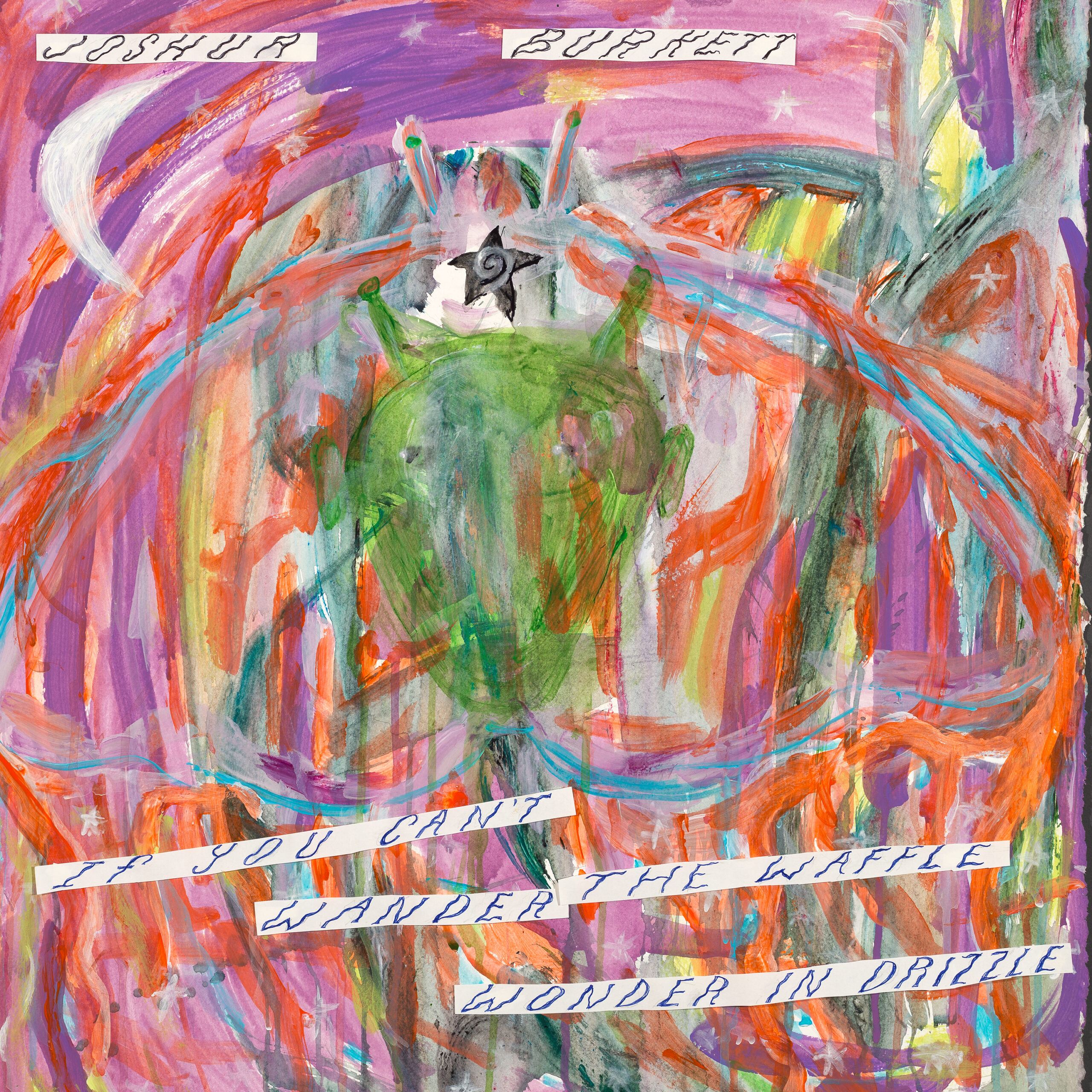