Reissue of the only prog LP Takoma Records ever released — the 1974 slab by L.A.’s Laser Pace. The album’s title, Granfalloon, is a term created by the late Kurt Vonnegut to describe a bunch of people who pretend to be an affinity group without having any actual affinity for each other. We’re uncertain if that is suppose to refer to factions inside Laser Pace, but no matter. The album is probably the strangest pieces of wax dripped by Takoma (apart from Charlie Nothing, natch) and seems wildly out of synch with the label’s presumed focus. But is a goddamn monster of odd charm, no two ways about it.

The core of the band was Doug Decker (aka D. Distorto) and “Chris Christensen” from Opus 1 (the only garage band to ever cut a single — “Back Seat ’38 Dodge — about the work of assemblage artist, Ed Keinholz) and Maureen O’Connor of the She’s (who recorded a single for International Artists).

The Takoma connection came about via Doug’s day job as a recording engineer. He worked for Wally Heider for a while, and then engineered Fahey’s Of Rivers & Religions LP. Fahey asked him to do some more work for the label and he ended up working on a bunch of projects. During this time, Laser Pace slowly accrued, with a focus on using electronics doo-dads (from wah-wahs to Buchlas) in as many ways as possible. With various other players, they recorded Granfalloon on spec and shopped it around. Eventually they played it for Fahey, who reportedly said, “It sounds like someone running through an electronic jungle.” He was also blasted by Maureen’s voice, so it came out on Takoma.

Granfalloon never really found its audience (Takoma Weirdos being a very special brand of weirdo) but over the years, people would hear its strange prog-rock blends and invariably wonder what the hell had happened. Thankfully, our local crate-digging hodad, Scott Seward, decided to get to the bottom of things, and he did. And now here is this insanely scorched artifact, available on vinyl once again, with full explanatory notes appended.

Doesn’t mean you won’t be scratching your head, but now you’ll have an idea of why you’re scratching. 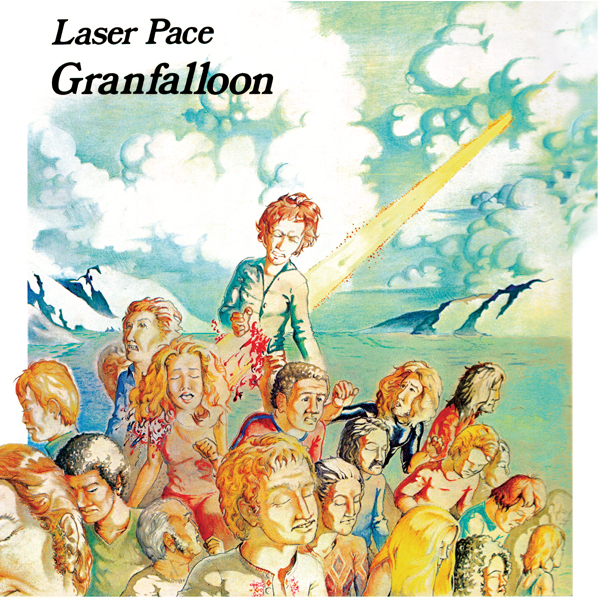