Back in the early part of this century, Hadley MA was one center of sub-underground culture that got less cred than other spots in the Valley, largely because the prime live venue there, Hangar One, got shuttered in the ’80s. A strip of malls and chain restaurants, Hadley seemed an unlikely spot for interesting aktions. Still, Chris Corsano lived and rehearsed in a crappy little house there for a while, and it was also the site of the first Apostasy Records house. And how many towns can say that?

Anyway, Halloween 2002 rolls along and someone gets the bright idea to do an evening of underground cover bands at the Hadley Pub (a Route 9 spot that became the first Mi Tierra Restaurant, before burning down). The Pub was best known for its local Reggae Nights (easily on an aesthetic par with Amateur Strip Nights at Whately’s Castaway Lounge), but this was something else. Sunburned did Bad Brains, Golus Globus did Black Flag, Bears did Minor Threat, Ben George & did Germs. But the highlight for most was Dredd Foole & the Din doing Suicide. Of course, few people could actually pay attention to the live set because Erica and Rachel were both drunk as hell and heckling the band while wearing pumpkins on their heads, but that’s okay.

This one-sided LP (originally issued on cassette by Open Mouth) was recorded at a rehearsal for the show at Hadley’s Slaughterhouse Studio. Dredd is always Dredd, of course, but The Din is a name that’s been applied to many groups of people who accompany him. For this event, it was the original members of Vampire Belt — Chris Corsano, Bill Nace and Johnny Truscinski (who was working at Slaughterhouse at the time). They had begun playing a bit earlier, as a quartet including Pete Nolan, under the name The Stabs. But that was then. This was NOW.

And the way they attacked these two Suicide songs is so beautiful and blasted you’ll be pinching yourselves the whole time it’s playing. Just for the sheer pleasure of it.  – Byron Coley, 2017 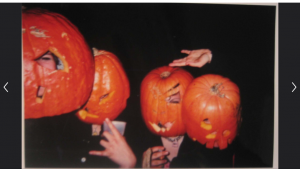 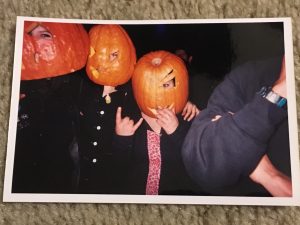 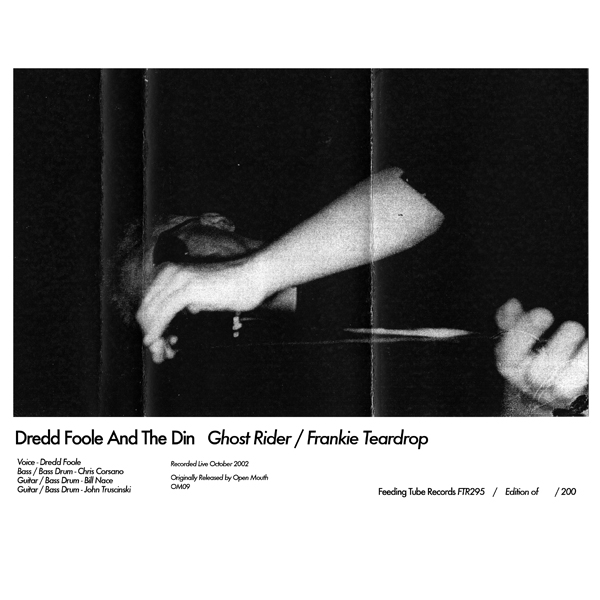