For the last while, Greg Dalton (aka Gary War) has been back in Massachusetts, after spending years working on his music down in twin Isles of Kiwi. Since returning he has popped up in the amazing psych duo, Dalthom (along with Sunburned’s Ron Thomas), and even played with the legendary Bobb Trimble on a live Burger cassette, but Gaz Forth is the first new Gary War LP in over five years.

Recorded with long-time collaborator, Daniel Rineer, as well as Robert Cathart III (Pigeons), Jeremy Pisani (Red Favorite), Kris Thompson (Abunai, Trimble), Cynthia Nixon (Purple Pilgrims) and John Moloney (Sunburned), Gaz Forth hearkens back to some of the left-field pop amalgamations Mr. War had a hand in when he worked with Ariel Pink back in the early Oughts.

Synths ripple at the edge of everything like space pistols fired into the face of Giorgio Moroder, there’s the kind of mellotron/harmony-vocal blend one associates with Deram-era Moodies, the guitars blast out bubble-psych-readymades like runaway teenagers with scrips for Ketamine, and a bunch of the tunes remind me of what Golden Earring might sound like if heard from a great distance while riding one of those Whirling Teacup thingamabobs at full carny speed.

There’s much less of a hypnagogic synth-pop approximation on Gaz than has been noted on earlier Gary War records, but the futurist space squeedle remains part of his bad-ass and trademarked sound. Certainly the presence of living (rather than robotic) drummers gives Gaz a very different pulse. As zoned as the music gets at times, there’s no mistaking its rockist base, so you start thinking of its brunt in terms of subliminal glam and spacer types rather than off-gas from sad Midwesterners.

Gaz is far and away the finest slab yet released by Gary War. High bore post-garage freakery of the largest available gauge. Pick up your shotgun and walk.  – Byron Coley, 2018 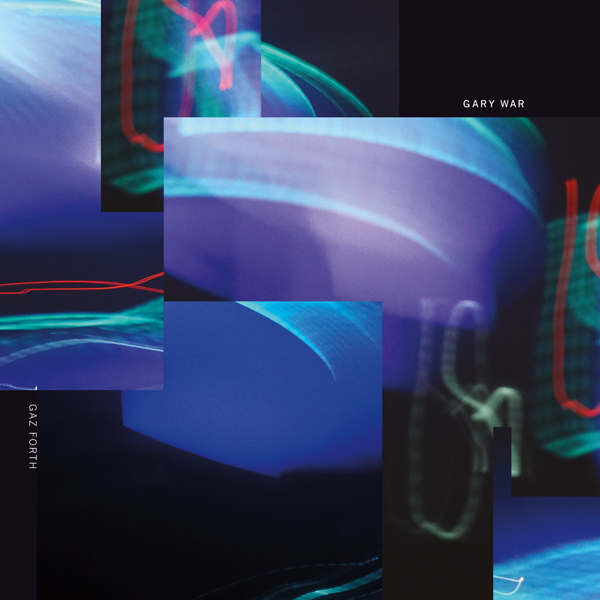