Thirteen or fourteen years ago I had an idea. I can’t remember if I was in Aaron Rosenblum’s car or Willie Lane’s, but I was in one of their cars and the idea caught on like wildfire among the three of us regardless of whose car I was in when I had it. What I wanted to do was take one of those “rap music” Casio keyboards that were developed in the late 80’s (I actually went to elementary school with a kid whose dad programmed the first Casio with a built-in “scratching” feature – woof!) and then rewire it into a t-shirt. You would then be able to press your nipples or your heart or your liver and your shirt would say “wassup?!” or “whack!” or “jeah!” or whatever else those keyboards did. I never made the shirt. I never even tried. But Aaron and Willie and I joked about it all the time and we laughed and that seemed good enough.

There are parts of this new Frank Hurricane record that sound like perhaps he actually built one of these shirts and then had baby elephants squeeze him between two waterbeds with his arms outstretched so he could tap out melodies on other keyboards on either side.  Frank moves through the murk of this lo-fi paradise with ease and, most importantly, space. This record’s got air in it, the tones blow together like the leaves of a tree that sprouts degraded VHS tapes instead of fruit.

It’s recorded in a way that calls to mind cheap cassettes and British bedrooms in the early 1980’s. But it’s here and now. You could excerpt bits from this record and sneak them onto a Snatch Tapes compilation and no one would bat an eye.

But this is Frank Hurricane, the guy who raps about pizza and tells outrageous stories about his travels while he warms up for a song about mountains, using the word “psychedelic” as freely and as tonally as Miles Davis used the word “motherfucker.” There’s always been something to Frank that hints at hidden depths in his persona—he operates with a wink and a smile but with simultaneous earnestness, and if you’re not tuned in, his subtleties could whiz right past you. What he’s doing here isn’t out of character at all, it’s an embrace of the twinkling possibility of low fidelity to teach lessons about cosmic potential, and Frank’s interests are nothing if not geared toward cosmic potential.

Last I checked, Bill Hicks once said this: “It doesn’t matter because it’s just a ride. And we can change it any time we want. It’s only a choice. No effort, no work, no job, no savings of money – a choice, right now, between fear and love. The eyes of fear want you to put bigger locks on your door, buy guns, and close yourself off. The eyes of love, instead, see all of us as one.”

What side do you think Frank Hurricane is on? 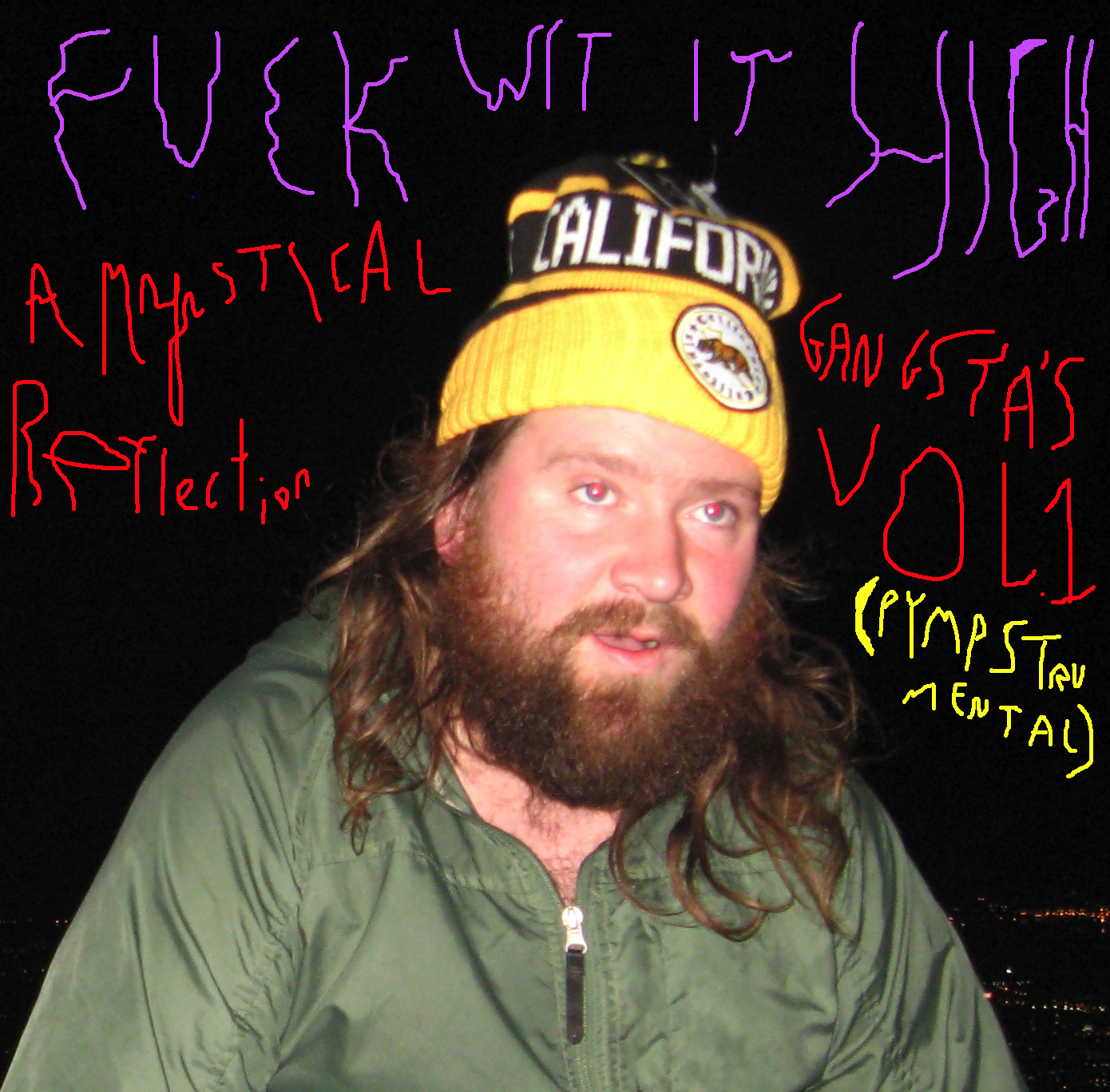