Reissue of an exceptional album of improvisations, recorded when percussionist Charles K. Noyes was lured to the Bay Area in the summer of 1979 by Henry Kaiser. Noyes and Maercks had played regularly as a duo when Owen was still based in Worcester, MA. But he’d shifted his ass westward in the wake of the Teenage Sex Therapist session (FTR 153), which had been organized by Kaiser following their collaborations in the band, Monster Island.

Half of the album was recorded live at Woody Woodman’s Finger Palace, with Kaiser on guitar and Greg Goodman on piano. The web of cluttered notes and interwoven melodic lines they created that night was incredible. And the duo studio session a few days later was massive as well.

Free Mammals has long been a notoriously scarce document in the history of the West Coast’s free music scene of the late ’70s. And the album (nominally released on Owen’s Visible label, although everything was handled by Charles) almost always sounded as though it had been pressed onto concrete. With the help of Jeremy Pisani and Carl Saff, we have attempted to present this extraordinary music with the best sonics possible. And it sounds mighty dandy. There is also a liner note insert, as well as full size repros of two fliers from both the show at which this was partially recorded, and also a subsequent trio set with Noyes / Kaiser / Goodman. They will look fine on your wall, should to choose to thus deface them.

Regardless. Count your lucky stars and dive in. All of your dreams are about to come true. 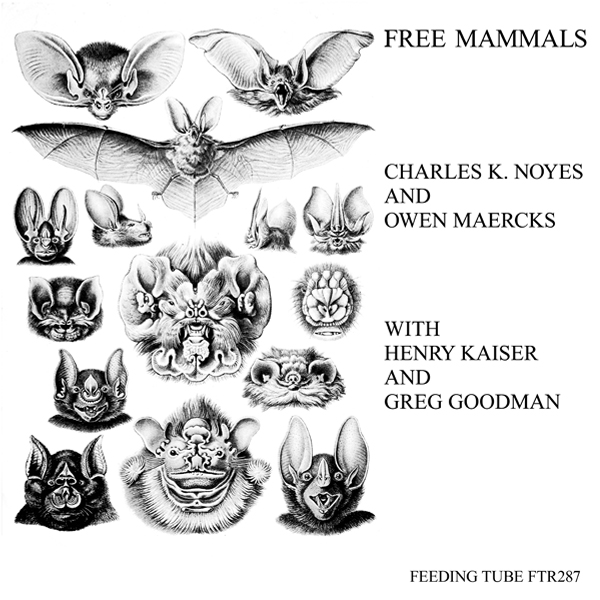