Zach Phillips was a fixture in the Brattleboro scene for a good many years. As a member of Blanche Blanch Blanche and Big French (among others), as well as the creator of many solo projects under various guises, runner of the OSR label, and all around Renaissance handyman,  Phillips moved to Brooklyn a while back. Once ensconced there he began playing as half of CE Schneider Topical, and generally stirring up the same kinds of mytery-aktion which had marked his Northern existence. Four Thing is the result of one his more oblique strategies.

Four lyricists — Jeremy Daly (Lou Breed), Quentin Moore (Big French, etc.), Hanna Novak (playwright & theater tech associated with Half Straddle) and Christina Schneider (of CE Schneider Topical and Jepeto Solutions), interpreted by four singers — Becca Kauffman (Ava Luna, Jennifer Vanilla), Ben Russell (Brooklyn-based actor), Sami Stevens (Tredici Bacci), and Colin White (R. Hundro), with music and direction by Zach, and superb squint-em art by Sarah D. Smith (Blanche Blanche Blanche). Hard to figure exactly if there are four objects dealt with in each set of lyrics, but whether or not there are, the structures of the 16 pieces have an elegantly compelling weirdo-pop logic that will make any room feel like a parlor.

The keyboard based miniatures make us think what the Weekend might have sounded like if they’d decided to enlist the Bonzos’ Neil Innes as a member. There’s an edge to the proceedings that zooms in and out like a crazy, animated telescope. Parts recall expanses of the classic Peter Blegvad/John Greaves LP, Kew Rhone, although there are also kinks that make one think of Art & Language-era Red Krayola. It’s kind of like listening to a Rubik’s Cube. In the best way possible.

Zach Phillips, most logically of this and that and OSR Tapes, but what is logic when you need a break: more dumb programming. Programming language. I am his friend. We’ve worked. But I am from the same yellow margin, the same “Experienced” easter basket, the same New England experiment drifting lift and lateral: I’m either the same kind of somebody or the same kind of no, not. So I guess that cancels out? Just joking. This is an opera, an opera based on a made-up game. Four weird librettists, four weird singers, some unholy chug of gem crashes in the popping by below. Otherwise known as holy light. Light light: where is the whipcrack bang-severity of cold gallery at the border of arty forms? Not here: we’re pushing and gushing but we’re underlion worn and funny. Satori at the frozen waterfall O.K., but we like these ones that move. 🙂 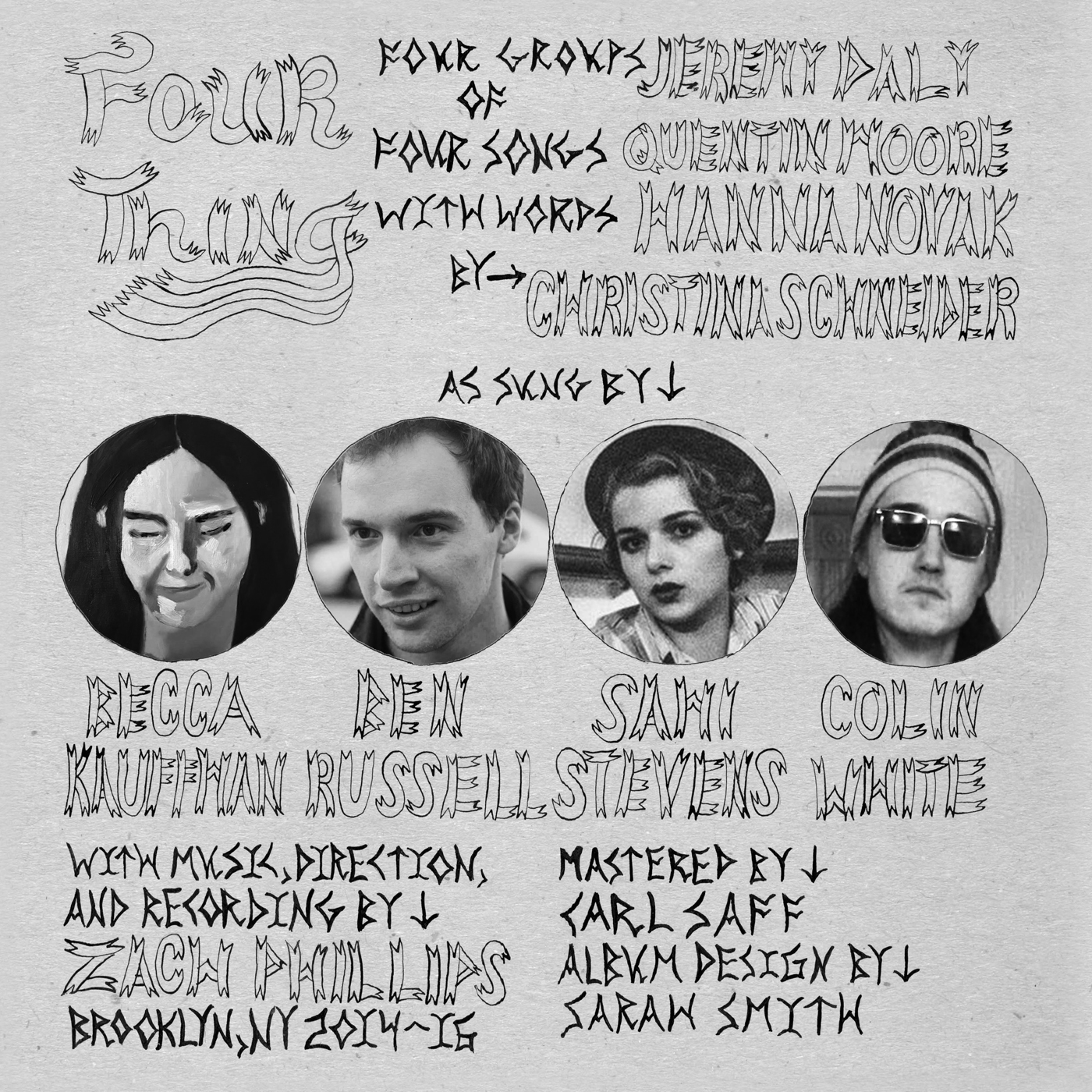