Blanche Blanche Blanche return to the apocalypse party after almost six years of total silence with their most recent LP, “Seashells”,  and now the shorter “Food For Thought “, which stands before you. As a diligent reviewer, leaving no painted stone unturned, one shouldn’t take this 7” as a mere loss leader compared to the empirically longer “Seashells” – Trust me, theres enough bullion in their non didactic pedagogy and tightly weaved voice leading, to keep your mind and heart healthy with plenty of contact in their crib. “Food for thought” lives up to its name by unearthing many alluring conceptual contrasts among its four tracks. But the 7”’ statement meets an extra musical criteria for the symmetry of its contours to the oedipal riddle: “What walks on four feet in the morning, two in the afternoon and three at night?” . Blanche’s answer to the Sphinx “The Simple Child”. This my friends , is the essence of small plate dining.

Godfather of public relations, conceptual artist and famed necromancer Edward Bernays notably sold pianos by publishing photographs of “music rooms” in which the piano was prominently featured. If Bernays were alive now, he would undoubtedly feel personally attacked by Blanche’s Sarah Smith’s high precision wit whose whole scope points to a wider horizon of meaning than just your run of the mill situationist rant or negative theology. The magic of Blanche is that you never really know what side they are on. Their sublimation of all sides makes even the most pias leftist and biased frat bro shudder at their true gods immaculate absence. Smith motions, “you know the worm , it’s me” and Blanche begins to float buoyantly above the music rooms we’ve all now inherited via our thrown-ness into this time based prison of flesh. Phillips’s playing unlocks Pandora’s “Spinet” (or Casio) showing us its wiggling monochordal protein substratum, unearthing the hidden counter-punctualities of past lives without aping the already-happened. Their contortion of bop , spins the jeopardy wheel of fifths, wildly inverting its harmonic latticework until song form, and the square room it breathes in becomes like another instrument. Ryan Power who sits in on guitar, tracks these motions sharply with his fine pointed playing, he is also sitting in the music room like a dream inside the dream of “food for thought”. But just for a leisurely visit, I’d very much like to believe he just glanced at the chord chart and went for it. Together they form an unstoppable force of expert fourth wall ghostbusters, matted by Phillips own creative “eq-ing” which leans with ease into the hidden pockets of your very own speakers’ planned obsolescence.

Andy Warhol used to say that in the future we would only be allowed fifteen minutes of fame, but these days we may say that one may only be famous for fifteen people. I say this because there only seem to be only 25 of these petroleum platters available. So come be one of the lucky few who “can be sure it was all a blur, even this” ! 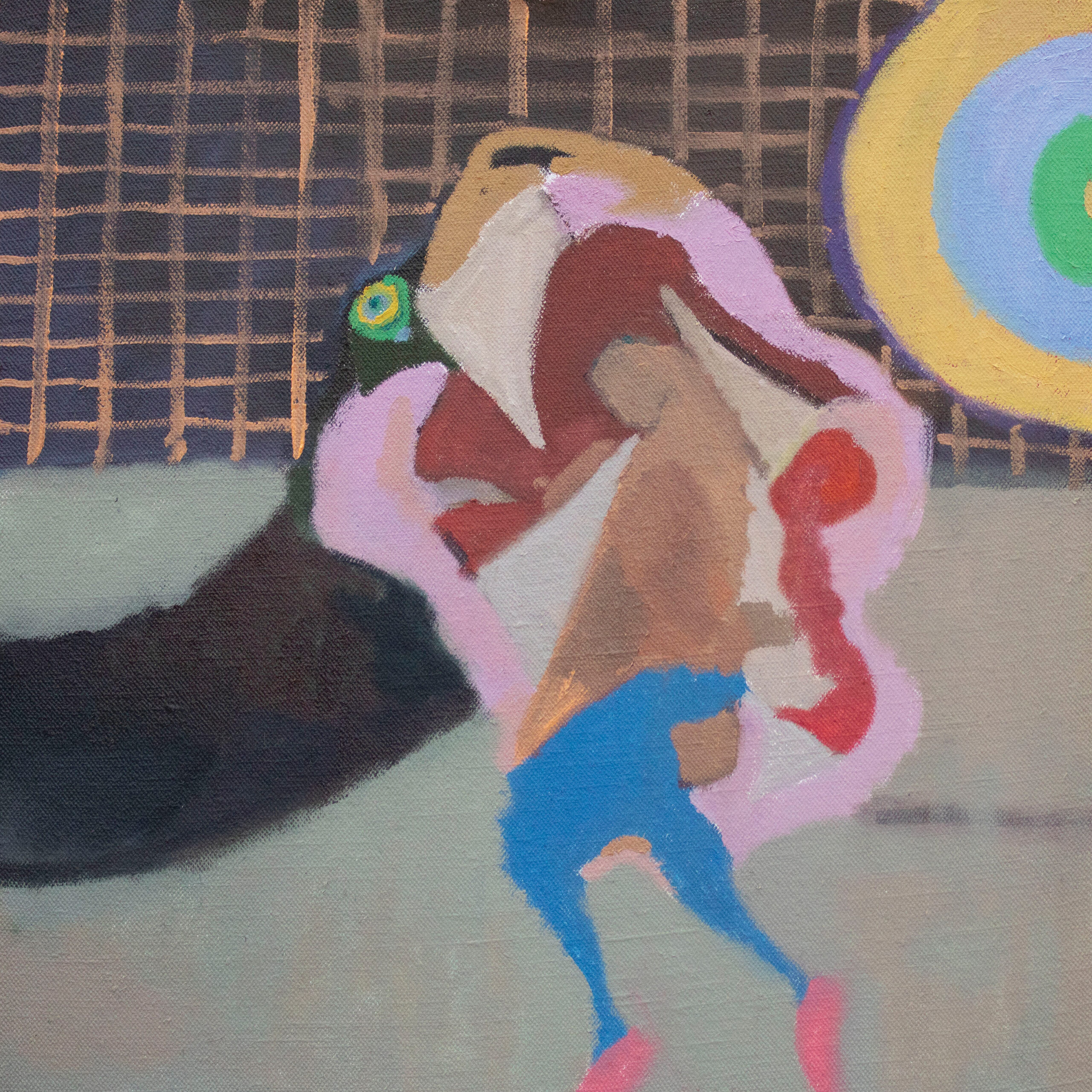