Donkey No No - First Tape

Each cover is hand drawn by Hannah Brookman

Documentation of the first meeting by this oddly titanic trio. Recorded may 16, 2015 at Fayrelawn Studios in Greenfield, Mass, one side indoors, one side outdoors.

It’s interesting to hear how fully formed their musical theory was from the very beginning. Guitar, violin and cymbal (with occasional percussion) combine to create drony landscapes that have a wonderfully non-contemporary heft. Sure, there are howling passages that could only exist in the post-modern sonic universe, but there are other large swathes that lock into the non-time-stamped stateliness of early Dirty Three and the avant-hillbilly stylings of Pelt or Spiral Joy Band, which I’ve always felt are approximations of what Civil War-era musical experimentation might have sounded like if better hallucinogens had been available then.

Emphasizing long form improvisation and textural components over simple melodicism, Donkey No No have long created exquisite tapestries of sound. This album shows they’ve been doing it from the get-go. It also offers lovely hand-painted cover art by Hannah Brookman, and exists in an edition of only 100 copies. Delay and all is lost. -Byron Coley, 2019 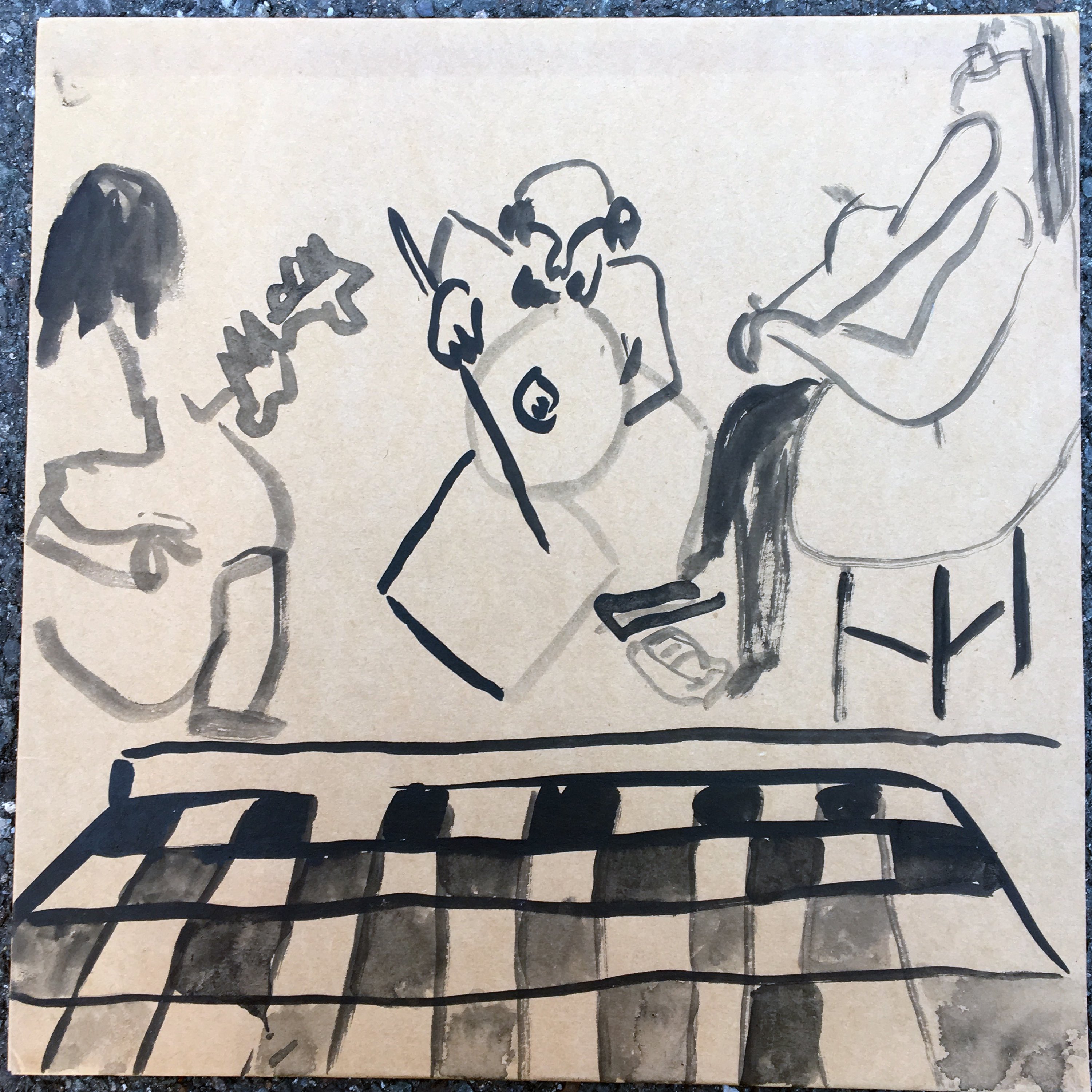