Buck Gooter‘s “First Decade” is a strange anthropological skeleton detailing how a wholly Millennial-American band became the musical and performative reflection of the dog shit smelling (chicken meat processing) small town they reside and the human shit smelling national underground music scene that they epitomize. It’s a collection of brutal jams that’s, somehow, simultaneously historic and futurist, it’s punk as fuck, but endearing and folk ridden, it’s simple and concise, yet unpredictable and psychedelic. These 10 songs, one from each year of the band’s first decade in operation, embody the off kilter cultural legacy of their Appalachia whilst somehow being flawlessly delivered on a vessel of pure, wholehearted industrial punk. This music transcends categorization and provides a chronological glimpse into an intensely unique project that channels the bleak and imaginative in the same stroke of pop homage and resentment. It’s impossible to nail down in any traditional generalization, as it’s the complete musical embodiment of two very distinct individuals, Terry Turtle and Billy Brat, who could both carry a creative torch to the moon on their own, but who this weird fucking universe blessed us with as a masterful and perfectly balanced union. First Decade is an incredible document of true American cultural revivalism, from the creepy hypnogogic ramshackle pop hooks of the early “Cigarats”, “I’ve Got Damn Age” & “Spider Wings” to the morphing, angular, noise-punk gems of “Infant Eyes”, “Rat ON!!!” & “Ouija guitar” finally residing on the amazing, concise, terrifying brutality that has come to be their calling card of the past 4 years, which includes one of my all time favorite songs, written by any band, ever, the steadfast, perfectly produced, blues licking chill-punk anthem “Consider the Grackles”. This record, at its core, provides an interesting perspective at how an extremely unlikely duo have come together, birthed and continue to grow one of the most unique and genuine bands in the world. The First Decade is fucking awesome and it made me realize how much I’m looking forward to their next. 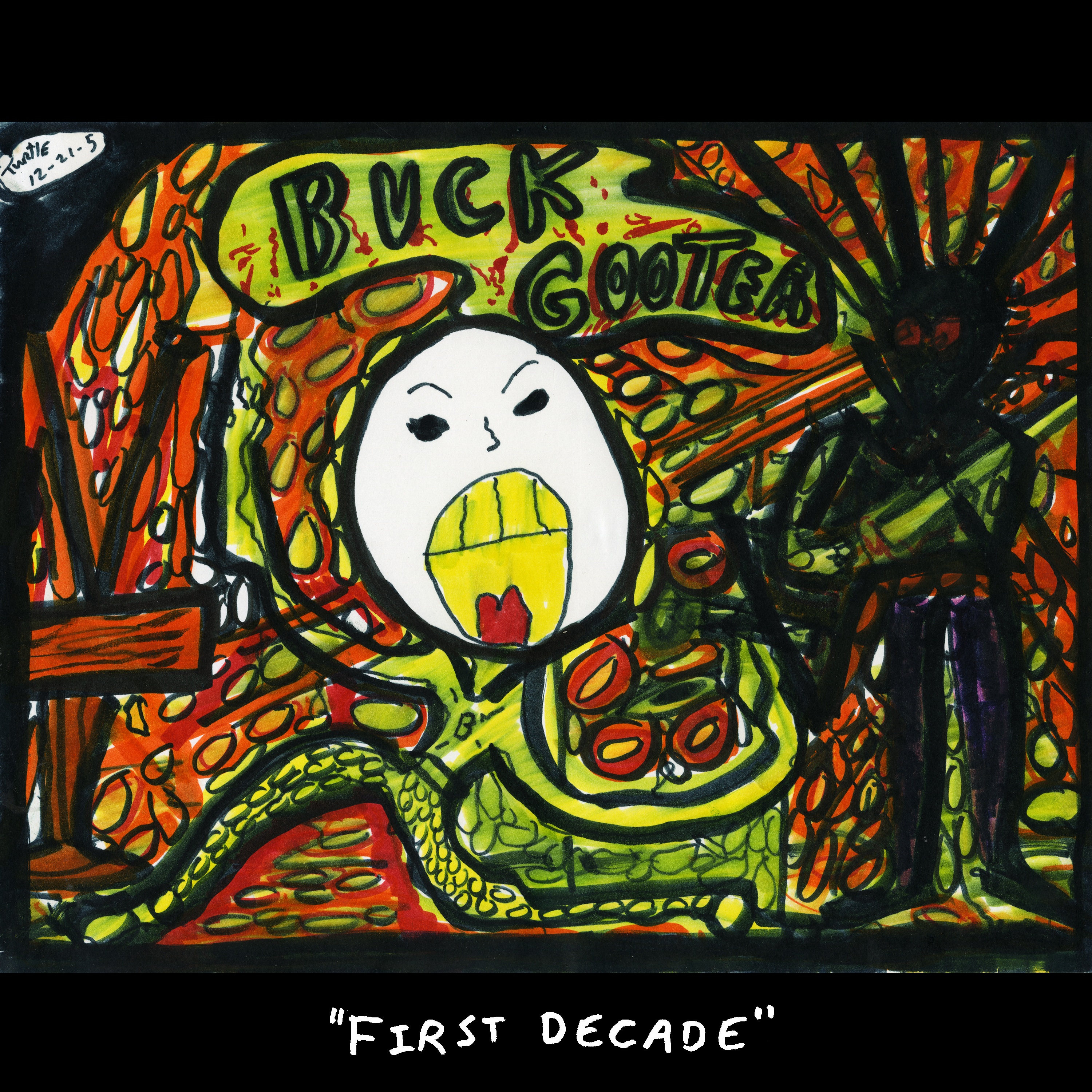