The Band Whose Name Is A Symbol - Ensemble 2016

Cardinal Fuzz and Feeding Tube Records are pleased to bring your way The Band Whose Name Is A Symbol – Ensemble 2016. Recorded of the floor in August 2016 in the spiritual setting of Birdman Sound – 8 players made up the iteration of the always mutating ensemble cast, who were as follows – John Westhaver, Nathaniel Hurlow, Bill Guerrero, Jason Vaughan, Dave Reford, Scott Thompson, Mark McIntyre and Eric Larock.
The session for Ensemble went down at their spiritual home of Birdman Sound in Ottawa in August 2016 where what you hear on record was recorded direct from the floor (and mastered/tweaked by Chris Hardman). The whole session (and note this is an edit to fit the constraints of vinyl) – flies by with a reckless, organic abandon, as at times 8 players fly off in different dynamic directions of abstract playing and improvisation with trumpet player Scott Thompson much to the fore and blowing wild. At times the feel of this recording is like a collision between some out there 70s German Avant Rock Band who have been  transported to a San Franciscan Ballroom is ’68 where the whole audience are peaking on ‘Orange Sunshine’ as Ensemble finishes up like a beautiful trip, well taken. 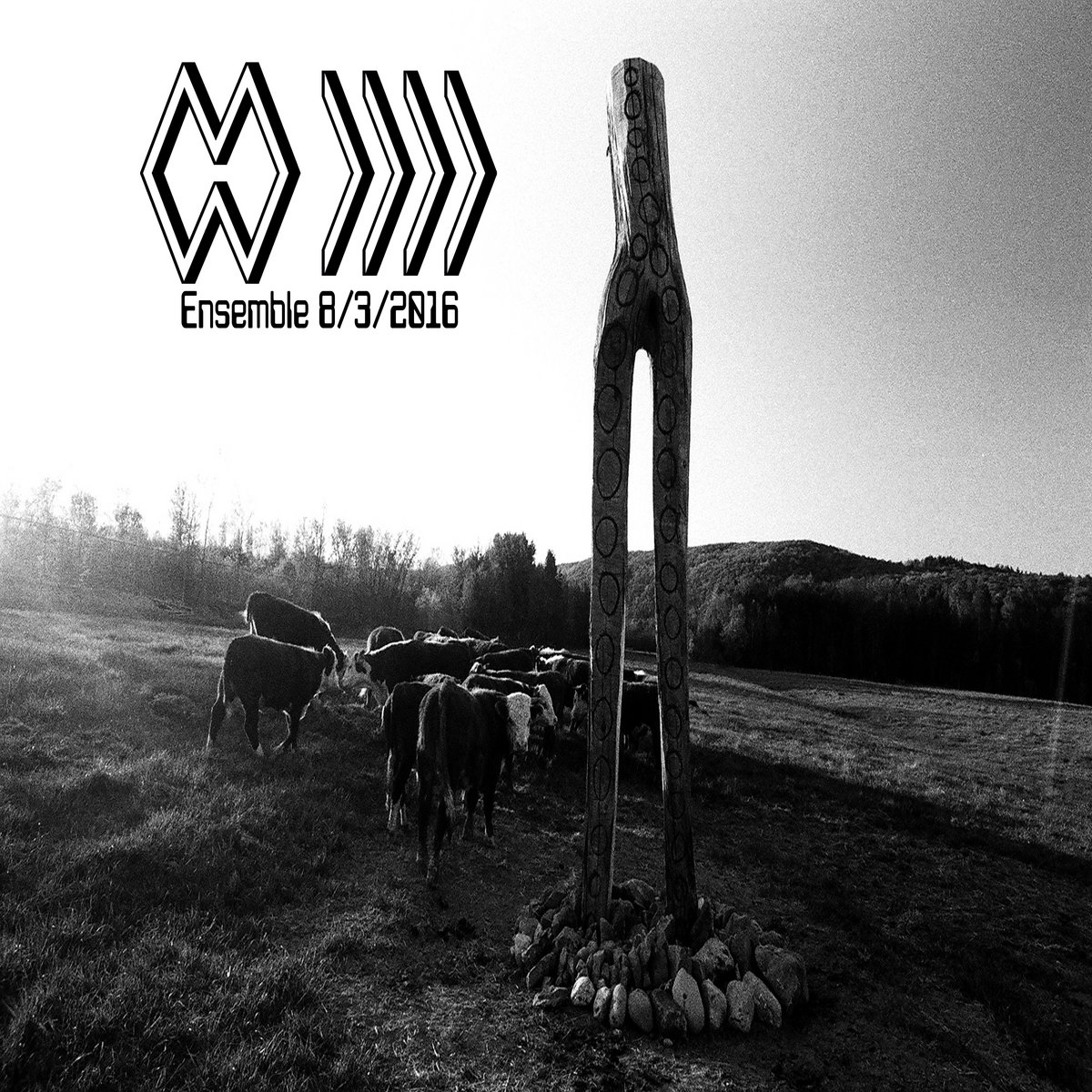