In the 1930s, the Dust Bowl was the most devastating man-made ecological catastrophe in human history. In 2020, Dust World.

After pioneering the now thriving form of underground-band-as-character-based-performance-art, and filling 2017–2019 with a staggering number of wigged-up Banny Grove shows in support of a self-released record and a 7” EP, Banny Grove leader Louise Chicoine decided to trade in the costume and the cartoonish-ness that were her signatures in order to break ground on a more profound and lasting body of work. Perhaps not coincidentally, this shift also saw the group relocating from the reputedly over-the-top and image-conscious metropolis of Los Angeles to a solar-powered shack and recording studio in the middle of the Mojave Desert. Here they set out to distill elements of pop and electronic music with a high level of compositional inventiveness and a touch of country-western flavor, and to sharpen Louise’s lyrics to the unflinching edge demanded by our sick and confusing era.

Dust World is the document of this transformation, the wet-eyed smile of a clown removing her makeup for possibly the last time. Album opener “Malibu” establishes the pattern: a splashy beachball tune with a chromatic hook, that suddenly breaks apart for a last full minute of drifting introspection. And then we get “Blue and Green,” a naked and furious take on climate collapse that rises from a lament to a rallying anthem over 3 and a half chilling minutes. “So Happy, So Good” offers a return to clowning, as Louise raps like Debbie Harry about the power of free and indestructible pleasures  – before the album’s centerpiece “Piece of Mine” takes us on an immersive R&B-driven trip back to an old-west fireside, where an aging cowboy reckons with the disenfranchisement of a life traded for a pile of steaks.

The same dialectic plays out on Side B, finding one of its strongest iterations in the slow burner “Goo-Goo’s Melody,” wherein Louise roasts the apathy of our oligarchs in what sounds like a series of nursery rhymes. And with “Covered in Love,” the swinging chunk of electro-country that closes the album, the band manages to craft a heartfelt love song out of what’s ostensibly a parody of an insurance commercial.

Banny Grove is a singular voice in today’s increasingly unsupervised art music world, forging a nexus of underground experimentalism and pop accessibility that was previously thought to be impossible. No wonder the band has become as beloved by the art school crowd as they are by more mainstream-leaning demographics. But if this album is the first shovel-load of dirt broken at the metaphorical homestead of Banny Grove’s self-reliant artistic ambitions, what will the band grow next? As the  pandemic grinds the last of the veneer off of the rusted-out hull that was our society, and Dust World‘s themes prove to be more and more prophetic, we just can’t wait to find out. 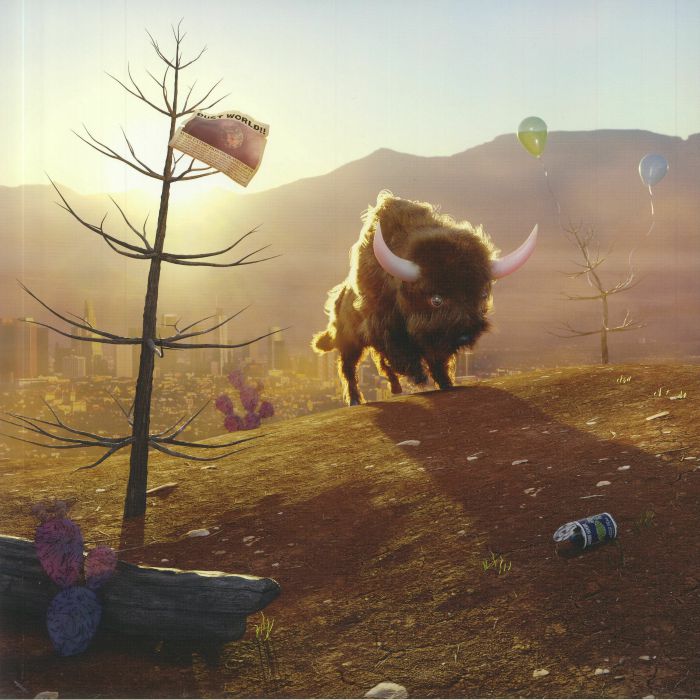