Mind-blowing set of duo improvisations from a string player once known as the King of the Dobro, and the original drummer for Morphine.

Long based in the Boston area, lloyd Thayer is a master musician as well as a teacher, a street performer (retired, I think) and a collector of esoteric stringed instruments (many of which are played with a slide). We were introduced to his work by Glenn Jones, who more or less grabbed us by the collars and hauled us to see him down at the 1000 Incarnations of the Rose festival.

Thayer’s set of eastern-tinged material, played on instruments we could not easily name, was absolutely mesmerizing. Glenn made sure we kept in touch, and when lloyd had some new material ready we got an early listen to it. So, after 30+ CDs and cassettes, Feeding Tube is proud to present the first full-length vinyl LP by the great lloyd Thayer.

Using a Weissenborn-style lap guitar (the same type favored by Fahey) and a gorgeous 22 stringed instrument called a Chaturangui, lloyd unwinds four long improvs accompanied by the quietly flowing drum work of Jerome Deupree. And if this makes you imagine the incredible blends recorded by Sandy Bull and Billy Higgins back in ’63 and ’65, you are definitely in the right dreamscape.

Deupree has been around for a long time, starting off in the legendary Bar-B-Q Records scene in Bloomington, then new-waving it up in Santa Cruz with the Humans, eventually co-founding Morphine in Boston, while simultaneously moving into jazz with Joe Morris and the Either/Orchestra. Jerome has played on a crazy assortment of records, but the subtle interplay he displays with lloyd’s strings here is a perfect match.

The music is beautiful, shifting and abstract. And the song titles are equally interesting. One is a blues for Fahey cohort Al Wilson, another for dobro pioneer Melvyn Marshall. Those make sense. The other two are for hip-hop artist Rammellzee and the British house duo, PBR Street Gang. lloyd, naturally, claims the PBR Street Gang ref has to do with Martin Sheen’s patrol boat in Apocalypse Now. But after the Rammellzee shout-out, who could believe him? Ha.

But ultimately, who gives a tinker’s cuss? Duets is an album of dizzying accomplishment. Not exactly like anything you’ve heard before, but such a satisfying spin you’ll wonder where it’s been all your life. 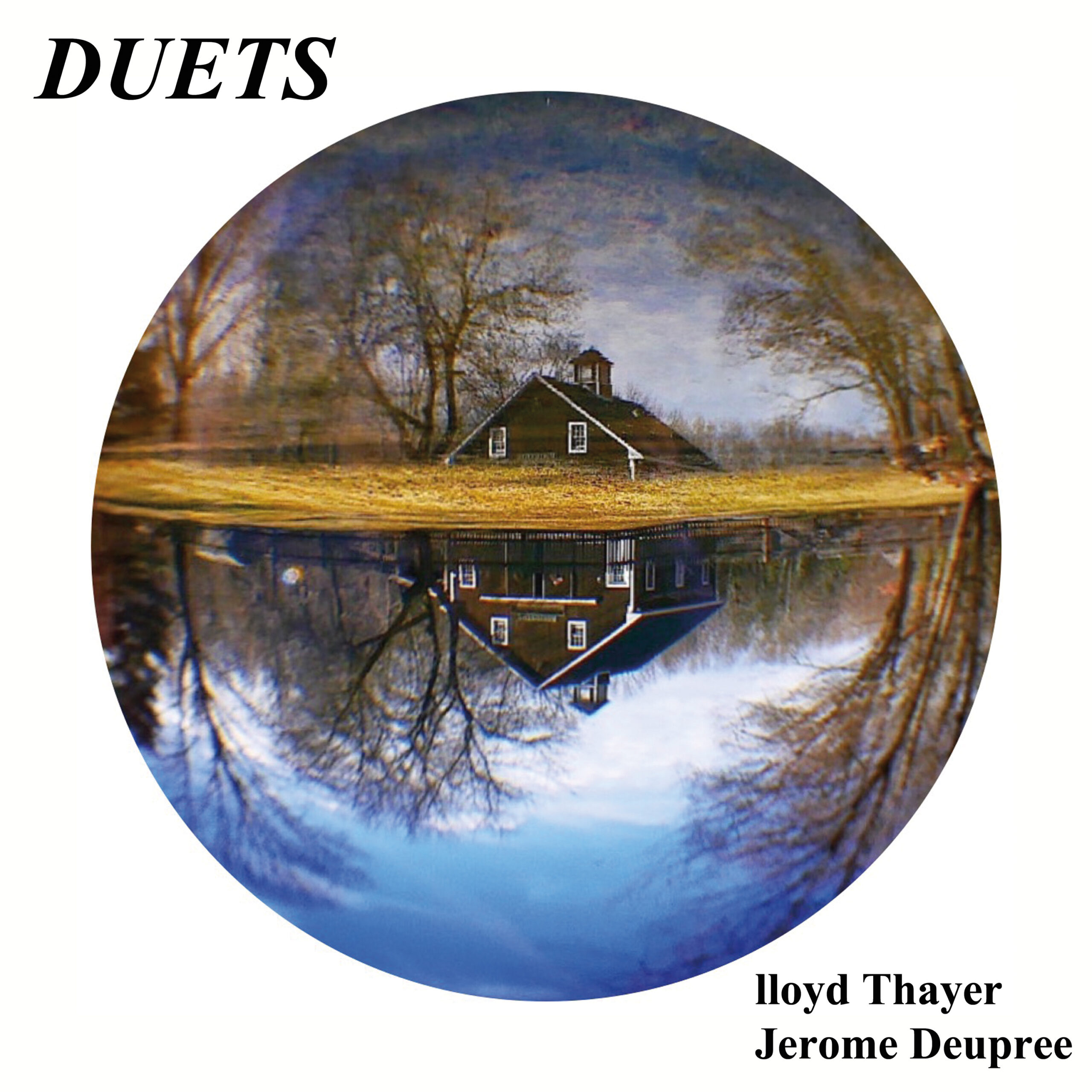