Metabolismus / Mono Pause - Don’t Low Up to the Amped Buenaes

Split LP by a couple of bands who have more tricks up their collective sleeves than most outfits you could name.

Metabolismus are a musical collective from near Stuttgart Germany, who have been actively corrupting the minds of everyone around them since the 1980s. The number of players on any given session, as well as the style of music that will be generated, is almost infinitely mutable. About all you can count on is that it will be intriguingly fried.

Mono Pause began as a duo in River Falls, Wisconsin in the early ’90s, before relocating to the Bay Area. They also create ethnic forgeries under the name Neung Phak, but that’s of no matter here. Like their German brethren, Mono Pause has no fixed line-up or output style. Their records are generally fluxed as hell, and we’re all the better for it.

Not sure exactly how this split LP came into being, but when we heard such a thing existed we agreed to release it faster than your mom will drop a red hot potato. Typically, the record sounded nothing like what we expected. Which is the best kind of surprise.

Metabolismus’s side begins with deeply freaked, rotating guitar figures that connect it historically to the German progressive sub-underground. From there it skates off into Neue Deutsche Welle turf, eventually loafing around with people-on-the-street-who-talk-with–balloons, and going all over the park in search of snacks. By the time they start doing a flipped-out Gainsbourg/Bardot-style cover of “I Know You Rider” you’ll be talking with balloons as well.

Mono Pause’s side ranges from German-tongued Egypto-spaghetti-pop readymades to subterranean secret agent theme songs played on mock-theremin to blips of pure Residential form-hunch and beyond. The width of their skitterage is surpassed only by its elegant weirdness. Parts make me recall a never-released Der Plan record I once heard in a dream. Hooray! – 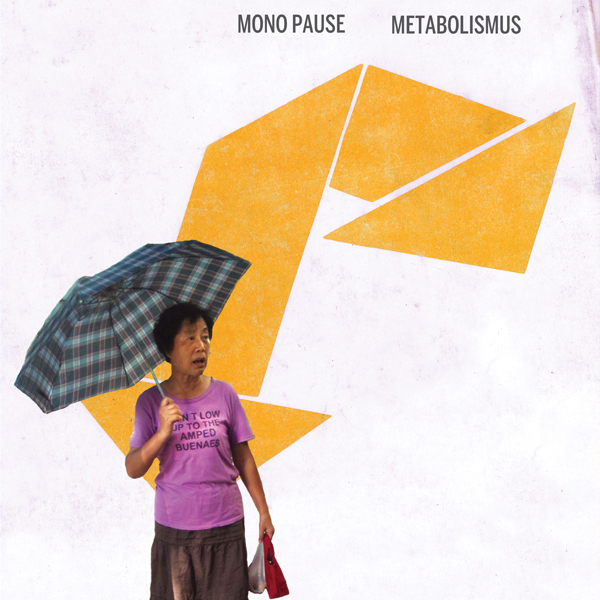