This deep into the Internet Era it’s unusual to discover a weird-ass band who’ve been active and recording since the ’90s without ever appearing as a blip on any known radar screen. Yet, here are Los Lichis — a Mexican music/art collective whose recording history goes back 19 years and whose sound is as powerful and strange as any combo around. Some might suggest that Mexico is not known for its underground sonic emanations, but we’ve long dug artists like Loch Ness, Chac Mool, Lorelle Meets the Obsolete, Los Llamarada, and various improv-types we hear about from folks who tour down there. Some of Mexico’s punk and metal bands have their moments as well. But none of them on the scale of Los Lichis, formed in Mexico City by three visual artists.

There is something very special about the way non-musicians approach music as an art-form. It’s usually something they have long appreciated from afar, and they often attack it with a unique brand of amateur gusto mixed with a sophisticated conceptual approach. Los Lichis (named after a stray dog, not the tropical fruit) sound like a million different things from track to track and moment to moment. I’ve been trying to map the “evolution” of their sound by cross-referencing the dates the material was recorded, but there’s a delightfully shocking lack of standard technical “advancement.” This takes some doing.

While they claim no specific musical influences, their sound is comparable (in parts) to Ritual All 7-70, No Neck Blues Band, Sun City Girls, Mako Sika and (especially) the French free-rock combos of the ’70s — Mahogany Brain, Red Noise, Gutura and so on. Insane free psych gush of the highest order.

Dog reissues a privately released anthology, documenting Los Lichis’ first decade recording. It was sold through art galleries in Mexico, and our version has a few additional notes. Prepare thyself. 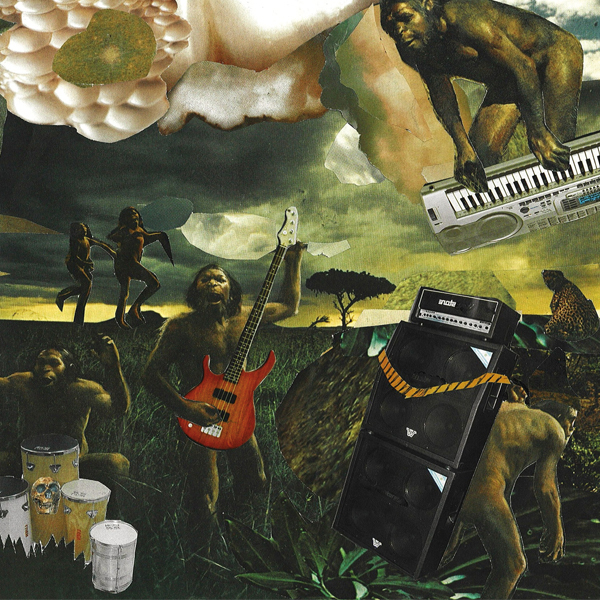