Delphine’s piano, organ, vocals and extended improvisation techniques have been documented in various places, and always serve up oceanic slabs of pure aural mystery. Comparisons have been made to Charlemagne Palestine, Marian Zazeela and other experimentalists, although Ms. Dora has long maintained her compositions are structurally rooted in folk music. Suffice to say the results are usually otherworldly and stunning. Cooper’s guitar, electronics, vocals and trombone have caused similar reactions (I am especially fond of her recent Globokar-like ‘bone-investigations). And the pair’s collusions (of which there have been several) are always eagerly anticipated.

The main themes of the two sides of the LP are “Invisible Gesture” and “Sublime Gesture.” The Invisible seems to involve more entwined vocals and a certain space-oid twinkle to the keys. There are also occasional flare-ups that recall Third Ear Band’s music for Macbeth or some unknown collaboration between Comus and Paul Rutherford. The “Sublime” adds heavier drone action to the process, as well as insertion of noise and classical “events” to interact with the ghost vocals.

It is a truly delirious spin. 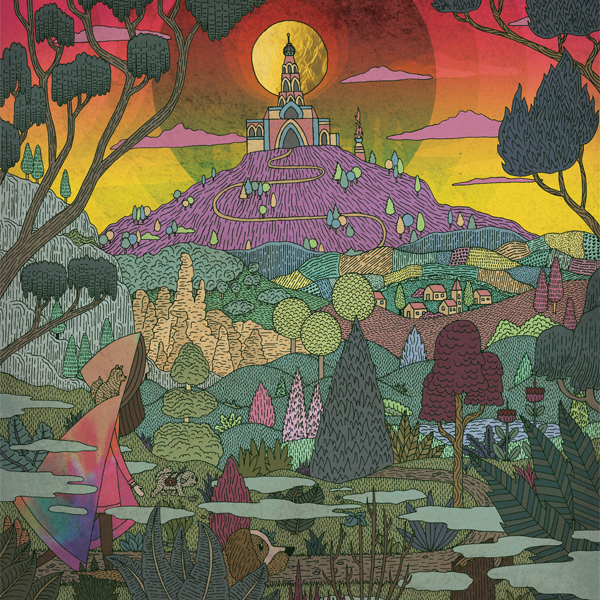