A very whacked new outing from Baltimore keyboard genius Liz Durette. Her earlier albums had a certain avant jazz approach, tempered perhaps by certain new music proclivities. And while I do not doubt she still has the chops for such things, Delight is a horse of an entirely different color.

What’s here was all done on keyboards, but at times it sounds like insane calliope music for wicked children with a taste for that old waltz beat. The whole first side could be the soundtrack for a surreal film about dead Viennese courtiers high-stepping their way around the Bardo as though it were a hedge maze. The more I listen to the record, the more circular its matrix appears, and the less certain I am of the direction in which gravity is pulling me. No surprise then, to learn that part of Delight‘s inspiration was drawn from A Genuine Tong Funeral, Gary Burton’s amazing ’68 LP, comprised of a full set of Carla Bley’s wildest early compositions.

On the flip, Durette is in a similar fettle, but seems keener on exploring the faux percussive aspects of her “axe.” This involves the simulation of little people tap dancing on a xylophone, as well as very many other transgressive-if-meditative sonic activities. And they are all done with such flair and attention to detail you really have to wonder what sort of visions Liz has accessed. They seem to exist somewhere between romance and math,

The universe of sounds she creates on Delight is wildly complex, but also it appears to operate by a set of congruous rules throughout. Like I said earlier, GENIUS! 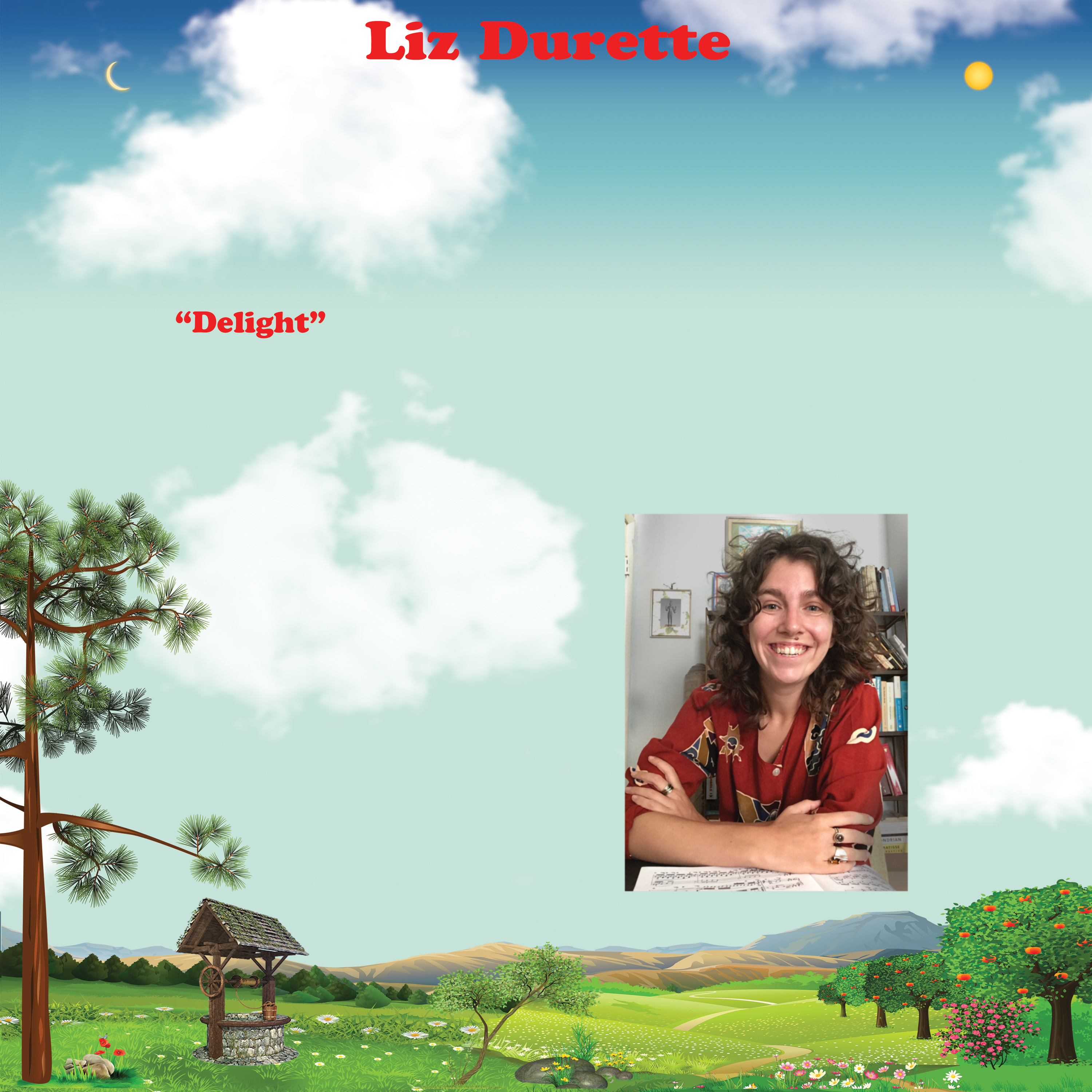