The debut album by Western Mass trio, Mozzaleum, is an unholy union of hot cheese pie, cool Italian prog, and wanton horror movie lust. One gets the feeling this’s the sort of band that Roky Erickson dreams about after a few mugs of cocoa and a slasher flick watch-a-thon.

The three tracks on the first side all take their names from actual films (none related to the films’ music as far as I can tell), the five on the flip carry on in a more thematic manner. But the music on side two — keys, samples, effects, and Pinto’s amplified bowed-saw — are more in line with the band’s extremely visual live shows. With two lauded visual artists in the group (“Condread” Capistran and “Terrorica” Pinto) that’s to be expected. “A Damned” Parker is the third member, and a “recording virgin” (as in Pinto). Capistran is a seasoned vet of such units as Sunburned (FTR 198, FTRCS 076), Tarp (FTR 117, 323,324; FTRCS/CDR343), Galacto Fidelity Unit and so on. There is also a “ghost” fourth member in “Germz” Pisani (aka Red Favorite), whose post production touches give Dark Ride the bizarre quality it maintains throughout,

Mozzaleum’s visual presence is so fucking strange it’s easy to get hung up on when seeing them play. But on record, you get to appreciate their sheer sonic attack, and it’s just amazing. Cinematic in all the cheesiest ways imaginable, the collage of elements manages to transcend any kind of ironic zone you might suspect it would inhabit, existing as a full throated and truly original roar. I can’t wait until some smart film directors hear this shit, start having personal visions of carnage and enlist this troupe to do some actual soundtrack work.

Get ahead of the curve. Shoot a movie in your own  brain today. Call it Dark Ride. 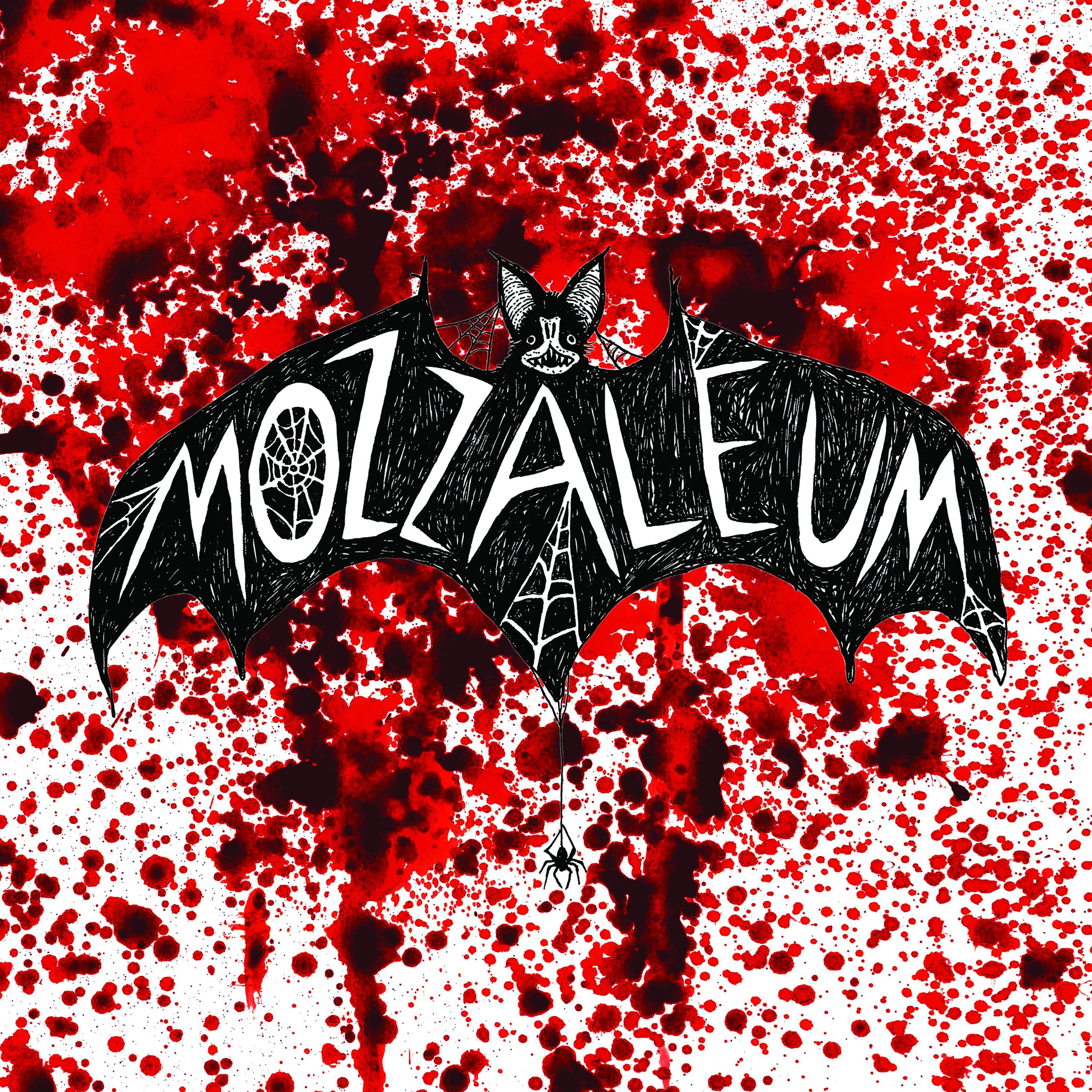