Cardinal Fuzz and Feeding Tube Records are delighted to be able to  bring to you the much anticipated vinyl pressing of ‘Dark Country Magic’ from this wonderful Maine trio (Quinnisa making her first intentional effort with Moo Hoo on this release.

Caleb Mukerin and Colleen Kinsella have been key personages of the Portland sonic underground as members of the cosmically-shifting Cerberus Shoals and the folkily psychedelic Fire on Fire before forming the more personal and hermetic Big Blood back in 2006. The band’s multi-phasic discography has thus far reminded people of everything from the Comus to Portishead to Julee Cruise at different moments, yet none of these thumbnails comes close to capturing the intimacy and directness of their recordings where they take things to a higher plane of personal expression.

In ‘Dark Country Magic’ haunting effects and experimental sounds combine with wailing fuzzed-up garage folk anthems and twisted poetic freak-folk as lyrical layers peel away endlessly, tiny amps weep in pain, crude percussion booms thunderous, and ragged, beautiful hooks unfurl straight out of the void. On ‘Coming Home Pt.3’ Kinsella’s quivering bewitching vocals ask you to succumb to the hauntingly melancholic drift while acoustics strum quietly up front before Dark Country Magic’s playful closer ‘Moo-Hoo.’ where Quinnisa performs a children’s story. The combination is head spinning and gloriously original, but will be immediately identifiable as Big Blood by anyone who knows the band’s music. 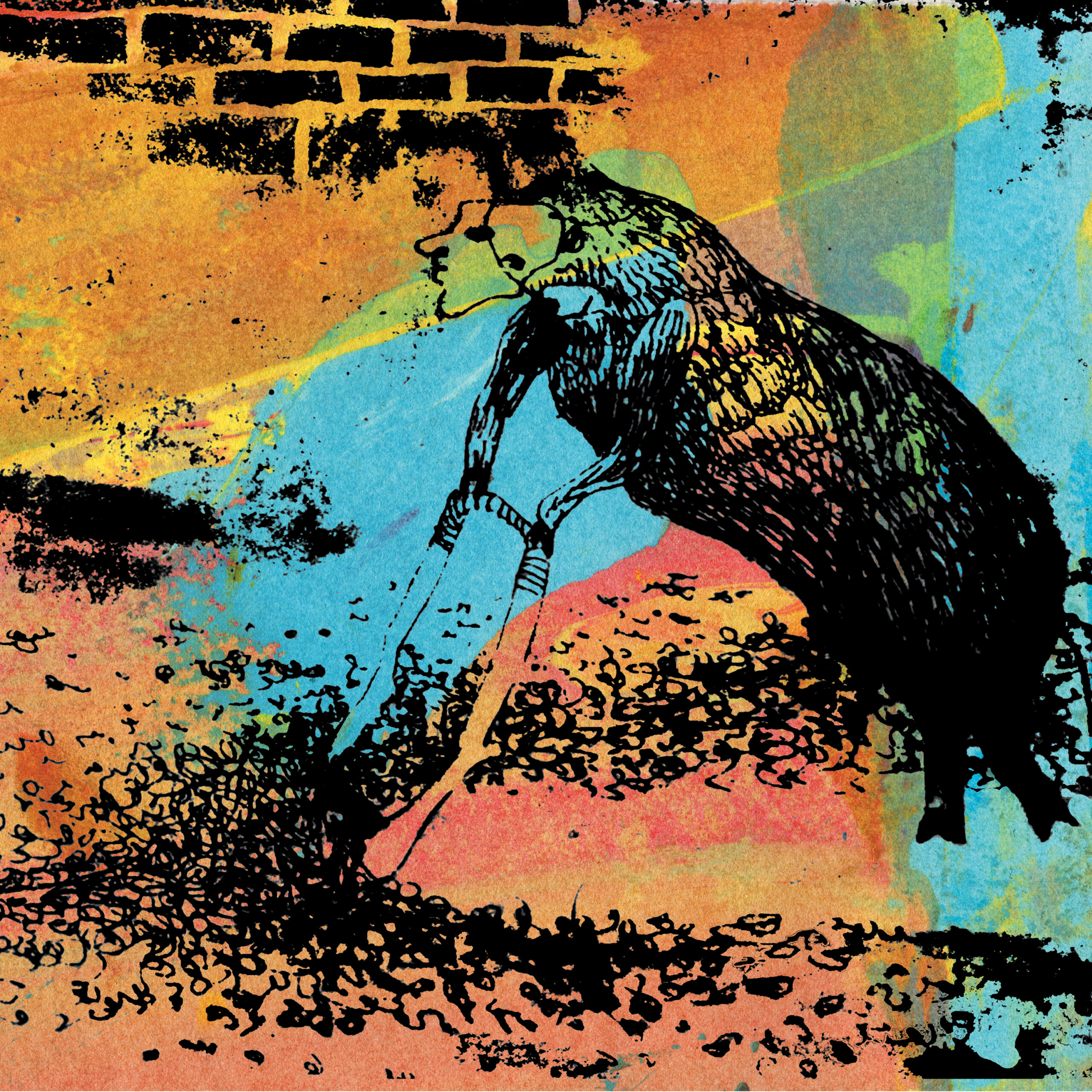