While we were playing the test pressing of this album, the UPS guy came in with a package. He looked at the speaker and said, “Sounds like that baby’s busted, champ.” Chris and I looked at each other and jumped him, popping his eyes out of his head and dragging him into the backroom to drain his blood amidst the backstock. Damaged III is that kind of album. Back when I lived at the Believers House in Easthampton, Grey Skull Manor was just downstairs and we would often feel the evil emanations seeping through the floorboards. Of course, this was long before the trio hung up their horned hats and went straight – George Myers becoming a yuppie movie booker, Jeff Hartford forming the Jeffrey Hartford Sextet Plus One, and Dan Cashman founding the…Fribbles. Back in those days there was no room for Milkshake Rock amongst these cavemen. Their sound is a perverse improv/noise/metal/core hybrid that made one’s ear bleed with the sheerest pleasure imaginable. Years in the making, Damaged III takes its blueprint from a Black Flag boot cassette called Damaged II. The idea was to take elements of that specific set of tunes and emphasize aspects of them that would deform their intent and meaning. No effort was made to replicate Rollins’ vocals (indeed, it sounds like they’re all gargling hot dinosaur jiz), but instrumental and lyric samples form the basis of the compositions. An extraordinary, dare I say, Herculean effort by three guys I just previously thought were a menace to society. That was before the Fribbles, of course. Keep your eyes and ears open for these gents when they come to your town. -Byron Coley, 2012 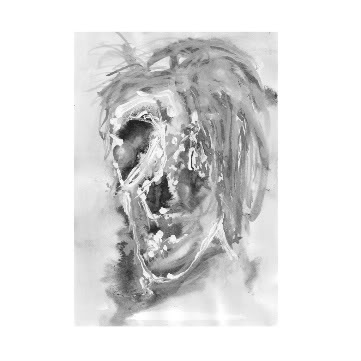