One of the highlights of early DEVO live shows was a song Booji Boy sang called, “The Words Get Stuck in My Throat.” It was kind of a sappy tune, about little hidden microphones and Viewmasters and shit, but it made a huge impression on Angela Sawyer when, still in swaddling clothes, she heard it on a bootleg tape recorded it at Max’s Kansas City. She would sit in front of the family Walkman all day and play that song over and over again. It became, what she calls, “the theme song of my youth.”

In the years between that epiphany and this LP, Ms. Sawyer has worn many bonnets. She has been in “bands” like Preggy Peggy and the Lazy Babymakers, Duck That (FTR 041) Exusamwa, and Negative One (FTR 284). She has run a bizarro-world CDR label (Being Weird Isn’t Enough). She has championed crazy music for many zines, sites like Perfect Sound Forever, and as a writer of liner notes. She ran the legendary Weirdo Record Store out of a Harvard Square bomb site. And throughout this she has maintained a bad attitude and propensity for ear-damage that always makes her the first person strange foreigners think of when they want someone to play with. She has made her presence felt as a supremely subterranean force on the New England landscape.

Anyway, back to the LP at hand. As a result of Angela wondering about what might happen if words actually got stuck in yr throat, she began doing sound poetry vocal exercises designed to answer this age old question. Endless hours of such stuff were recorded and studied, with the final determination being that words can’t really get stuck. They always come out eventually. And when they do they’re either croaks or they’re honks.

In order to show the difference between these two schools of sound, Sawyer assembled this album from hundreds of hours of recordings. And we think you’ll agree the results are both startling and revelatory. Science, dear friends, marches on.  -Byron Coley, 2016 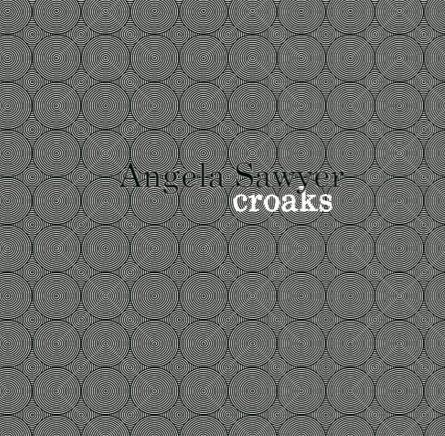