Found a few in the vault…

Second Cystalline Roses LP by local Renaissance man, Tony Pasquarosa, is a goddamn monster of readymade acid folk transcendentalism. Since Feeding Tube released the One Man Cult LP back in 2010, Tony has done an wonderful solo guitar album for VDSQ, the insane space-sludge of World Domination (FTR 123), the raunch zonk of Gluebag, and various other projects far too numerous to name.

On this album, Tony creates a classic late night smoker soundtrack. A brilliant journey into and beyond ego, the blend of guitar, voice, bells, bamboo flute and whatnot will be transportational for even the straightest listeners. Cosmic Driftwood represents some of the deepest acoustic-based psych we’ve had the pleasure of hearing in a long while. It makes a lot of Tony’s contemporaries sound about as interesting as Smurph sing-alongs (no names), and is an instant classic.

Get out your pipe and relax. 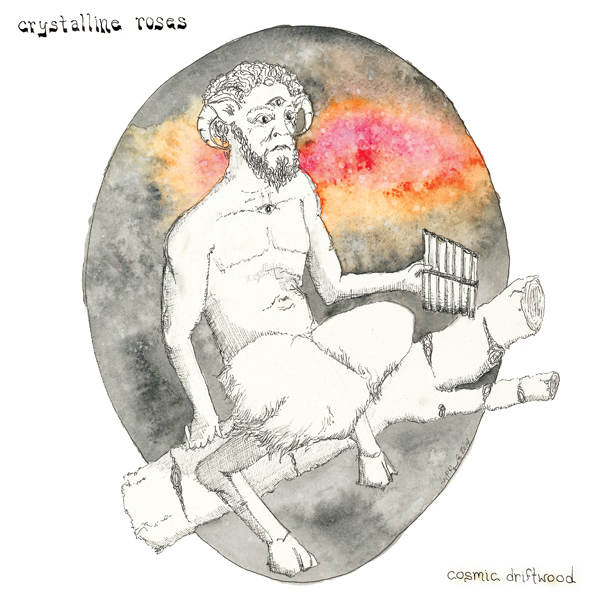