This new one, recorded when Teddy was in his pimply mid-teens, leaps into a form-vortex far more full-blown as an album-qua-album. On Chastity, young Mr. Fire is backed by Iguid Fidd, a studio band of revolving personalities. With amazing musical work by such surprising names as guitarist Bond Bergland (Factrix, Saqqara Dogs, Workdogs, Cluster), harmonica-player Fritz Fox (Mutants), guitarist Miki Navazio (Lounge Lizards, Fed Ho, Reggie Workman) and Pablo’s frequent musical collaborator Phil “Nordit” Scher (Whimmers), the tunes shift from blazing psychedelic-grunt to wheezing, insane R&B readymade, in the blink of an eye. Chastity has a center that is constantly shifting, with each strange spin bringing another big bubbling gob of something uniquely off-kilter and twistedly splendid. Includes a full-color insert with Teddy’s surreal mash-up lyrics and beautifully naïf artwork.

If you have any interest in 4-track culture, done at its highest level, you should investigate the “chimpadelic” universe of Teddy Fire. If you think you don’t dig “real people music” or “kiddie rock,” you may be tempted to dismiss this record out-of-hand, but that would be a mistake. Teddy Fire will have his say. The Revolution starts here. 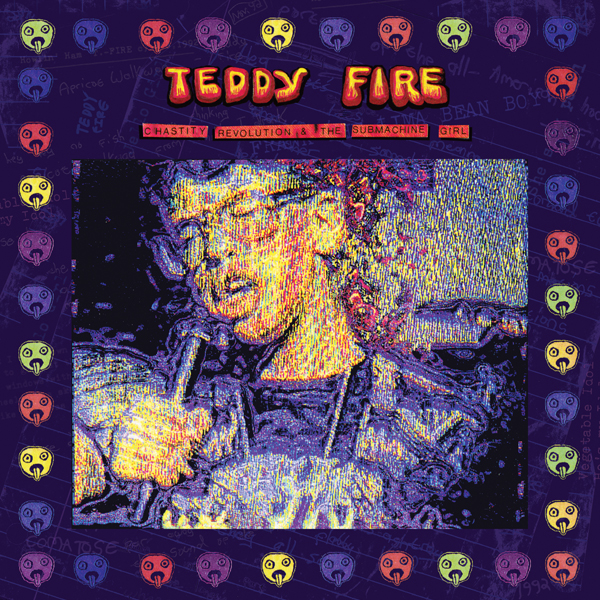