Alright…Grape Room is a trio made up of Peter Nichols, Jo Miller-Gamble and Danny Bissette. This means it’s related to Great Valley and Peter’s Window, as well as a web of other screwball Brat-pop generators that only a goddamn tree farmer can actually unravel. Like some of these other projects, Grape Room uses pop gesturing to create curiously operatic narratives. This one involving a cabal of sad cartoon bears. What makes them so sad? Long winters, lack of honey and the inability to tell time. How this is crafted into a compelling story is difficult to explain, but much of it has to do with the massive pop shivers that occur throughout the album. Especially when played at very high volume, Grape Room’s music grooves along like an ursine version of Game Theory — using ’80s-sounding tongue-moves to create a larger picture of something that could only exist outside the ’80s. This is how bears play guitar, they seem to be saying. And this is how they sing. And this is what they do when they want to sound like a parade of early ’70s popsters trying their darnedest to make blind men dance. And often succeeding! One never quite knows what to make of the music that flowed out of Brattleboro so copiously over the past decade. As its proponents drift off to other parts of the globe, we may discover if it was actually something in the water that caused such magical confections as this to sprout willy nilly from so many ripe foreheads. But for the nonce, we are best off just sitting back in our rocking chairs and chuckling at each other while getting-but-not-quite-getting the dither-worthy fluff these lads are emitting. It’s like spending a winter sleeping in the coziest cave you ever saw. And then some.   – Byron Coley, 2015 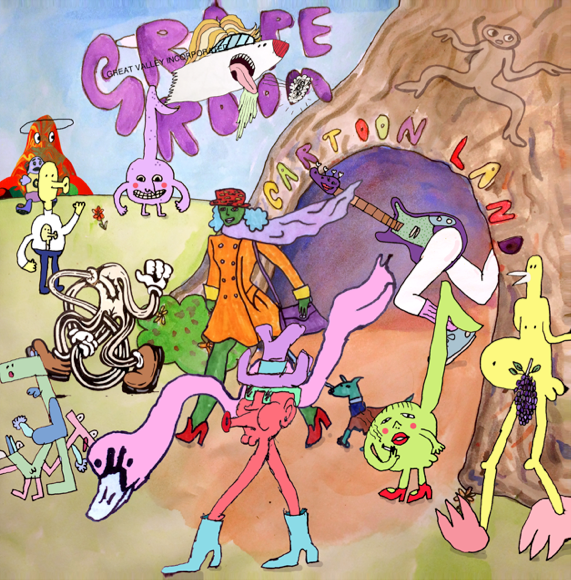