Pleased as punch are we to be reissuing Michael Hurley’s long-lost 1984 album, Blue Navigator. Admittedly, Secret Seven and Mississippi collaborated on a dandy 8-track version a decade ago, but the record has mostly been available as an obscure import CD — if at all — for many a year. The reason for this is that the Rooster Records hq burned down in 1987, taking master tapes, extra covers and whatever else there was with it.

This was a general bummer, but especially so for us Hurley fans, since his final LP with Rounder was Snockgrass in 1980, and he didn’t hook up with Fundamental to do Watertower until 1987. The disappearance of Blue Navigator from this earth left a sizable hole. Which we’d now like to think has been plugged.

Recorded with a cast of Northern Vermont hepcats including guitarist Jon Weber (of Dan Hicks’ original Hot Licks), head Rooster William Wright on guitar and mandolin, Nancy Beavan on vocals, Gordon Stone on pedal steel and various other goners, all playing some sweet rural swing displaying exactly how Hurley became the toast of the snowmobile club circuit during his days in the North Country.

A mix of old favorites — “Werewolf,” “Open  Up (Eternal Lips)” — new favorites — “Code of the Mountains,” “Ghost Woman Blues” — and even a re-write — “Blue Navigator” — it’s a great, very casual sounding session, revealing more layers the more you listen. The instrumentation varies a lot between tunes, but the music always flows with Snocky grace and assurance.

For this reissue, Michael has written a set of illustrated liner notes that scoot around just the way his conversation does on a long car ride. Which makes me miss the open road as much as anything else today. Just close your eyes, sink back into the music on Blue Navigator and pretend you’re drifting through the hills and valleys of the Green Mountain State on your way to a cold growler of beer. 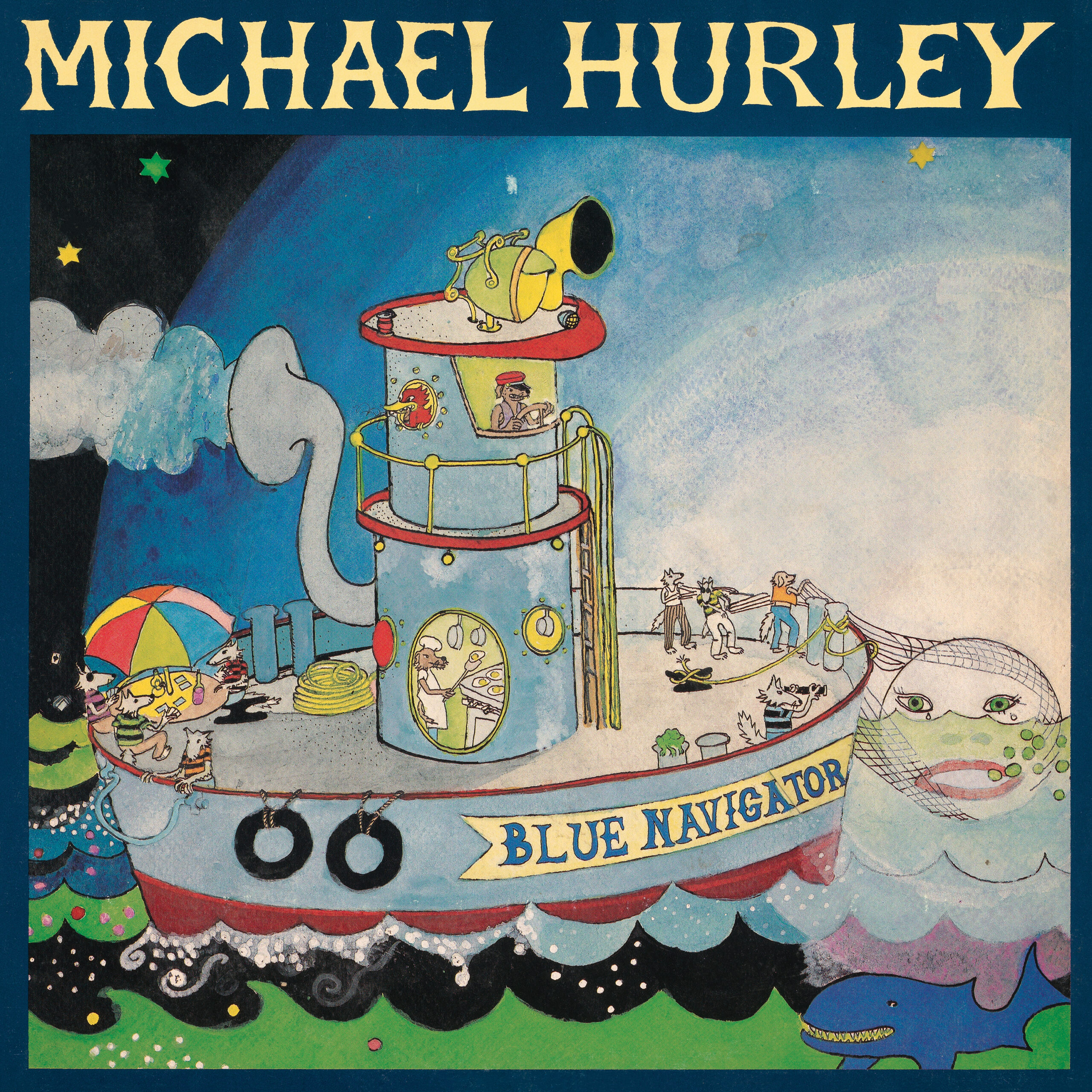