The debut solo album by Mark Cunningham (Mars, Don King, Raeo, Convolution,Bestia Ferida, etc.) was originally released on CD in 1997. The label went out of business almost immediately, however, so the project has been more or less unheard since it was recorded. We only learned about its existence in the course of working with Mark on our recent Mars LPs, and when he gave us a copy it pretty much blew us away. Mark’s trumpet tone on much of it reminds us all what a goddamn central record Miles Davis’s On the Corner was for the whole No Wave scene. The same weird muted tone is smeared all over this record, whether it’s spread across detourned tango rhythms or heisted motorik pulsing, there’s a constant presence of Miles’s compact menace lurking in most notes. The album itself is bizarrely Barcelonan in structure. That Spanish city (to which Mark expatriated himself after the end of Don King) has been a place where dance music, noise rock and electronic improv have all thrived inside a single tent. Each of these threads presents itself on parts of Blood Red Dusk (the title of which is a tribute to the writing of Cormac McCarthy), but the blend is always held together by Mark’s trumpet and/or bass work. Blood River Dusk is a lot masterpiece of both the Barcelona underground and the post-No Wave scene. Includes a small booklet with an interview where Mark lays out the entire saga. Choice.  – Byron Coley, 2013 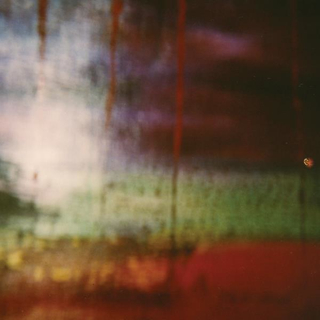