First LP by this rather berserk Portland Oregon duo, made up of vocalist/electronics-scrambler Noa Ver and drummer/electronics-scamperer Zach D’Agostino. Our experience with Portland music had led us to believe it often has a mellow and/or gentle edge, but Sea Moss offer none of that. Their raucous, face-to-face approach to duo dynamism is as weirdly aggressive as anything that’s ever come out the dag end of Brooklyn or Providence, and that’s saying something.

Using homemade electronic devices that generate vast heaps of splutter and careenage, employing a percussive technique that would make Fred Flintstone proud, and singing into a microphone that makes everything sound like someone howling curses through an elevator’s intercom, Sea Moss have arrived at a modus operandi that will makes weaklings poop eggs. The wildness of their approach is most evident in live concert, where they spend all their energy hurling figurative rolling p[ins, frying pans and glottal pronouncements directly into each other’s faces. But on vinyl, it’s possible  to ponder the structural and lyrical gambits they use to attack each other.

The lyrics, at least what I think I can make out of them, explode like strings of haiku written during a particularly hectic game of Exquisite Corpse. And the instrumental portions of the tunes often sound as though they were written for a Chrome tribute concert to be performed by lighthouse foghorns.

The other day, while I was playing this in the store, someone commented that the vocals reminded them of very early Guerilla Toss. I pointed out that while there might be some small surface similarities, the utter weirdness of the underlying music pretty much negated comparison. Then I threw them out. Sea Moss is doing some crazy shit. Don’t beggar them with comparisons. Listen with all your holes open and pass the goddamn drool cup. 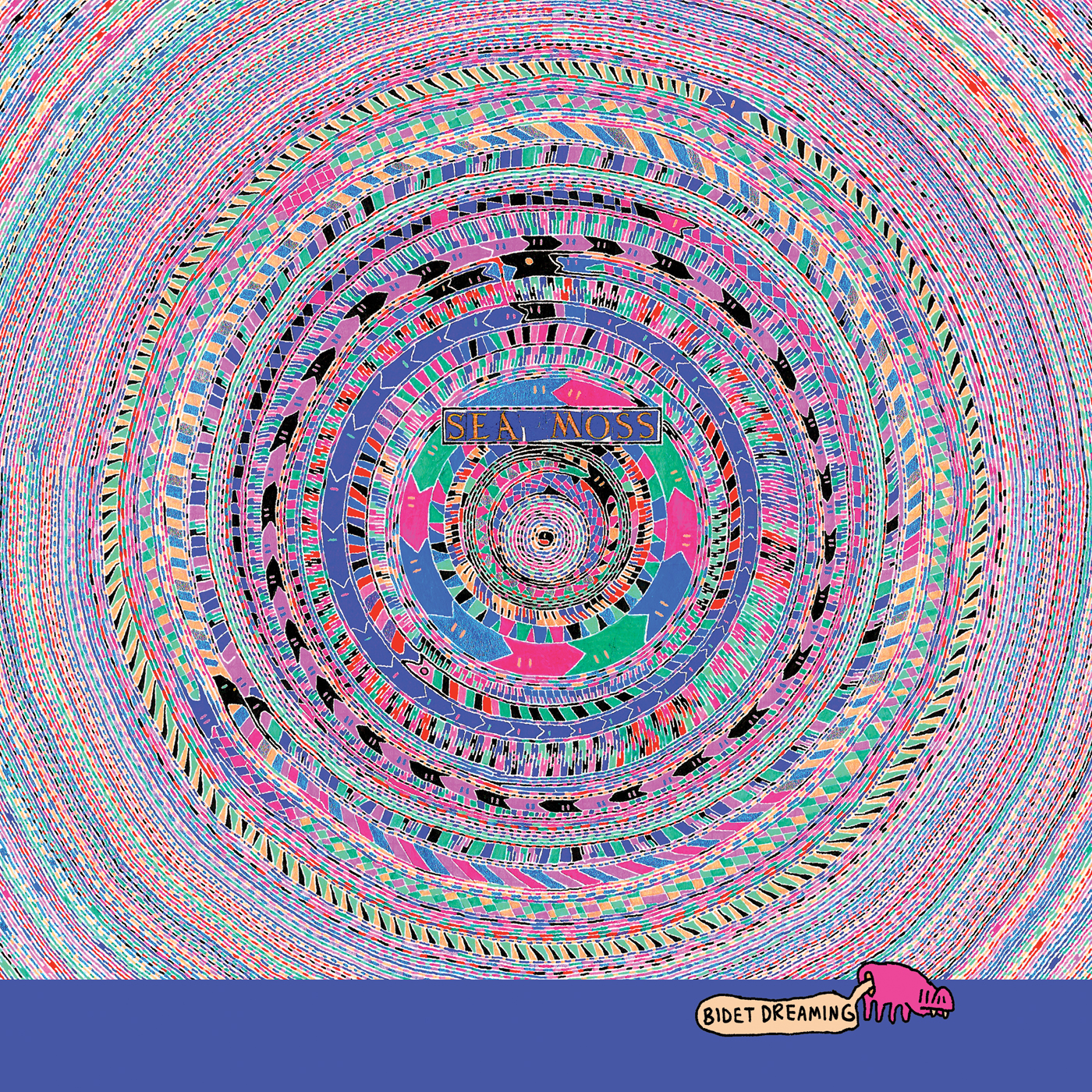