This is listed as a Farmers LP, but it’s actually a survey of Daved Hild’s earliest work after the dissolution of Boston’s best ever band, the Girls. Chronologically, the earliest recording here is “The Fear,” recorded at Sorcerer Sound in NYC for a proposed Lust/Unlust EP called A Dog’s Prayer. Daved is joined by another ex-Girl, Robin Amos, and ex-Mission of Burma multi-tasker, Roger Miller.

After that come the Farmers tracks, recorded in Cambridge. Daved had been doing solo work in NYC, dressed as a Menonite farmer, but when he was up north the Farmers were a duo with Roger, who’d add trumpet, keys and whatnot to the mix.

Finally, there are a couple of demo tracks recorded in Boston with Roger, David Minehan (of the Neighborhoods) and Dan Salzman (ex-Maps, then in Christmas).

Daved, of course, played in a vast array of different units and configurations after the Girls, but this album is a solid survey of his early output. His approach to songwriting (perhaps best known for “Jeffrey I Hear You,” from the Girls’ Hearthan single), is amazing and cuts into personal flesh no matter whether he knows anything about yr history or not. Singing like a pro wrestler trying to get all sensitive, he manages to convey huge vistas of hurt and strangeness without coming off like either a fop or a thug.

It is a sheer pleasure to present this album of Daved’s purist inventions. 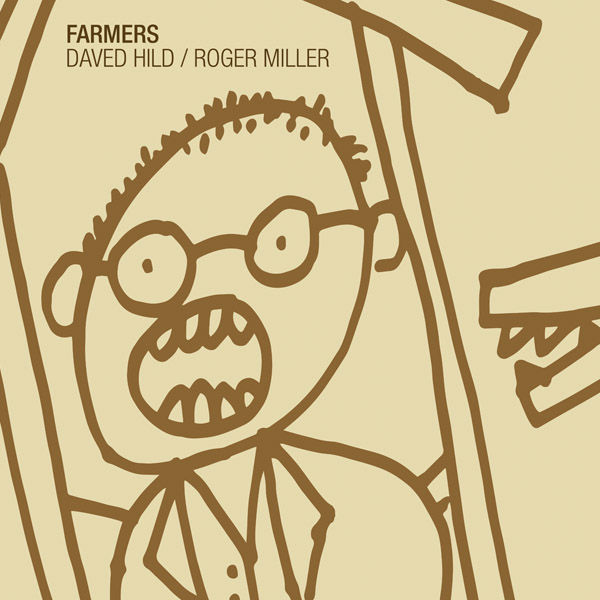