Byron Coley / Ted Lee - As Seen In Your Wildest Dream

CS Edition of 150. Co-Released with Lost Treasures Of The Underworld

Tom Derwent (major domo of the Lost Treasures of the Underworld label) was in a bit of a pickle. In order to win a bet, he had drunkenly told a friend his next release would be “an ode to the power of Mouth Breathing Baldies” (MBBs in the parlance of the day). This was a stone lie, but it set him to thinking about what sort of release might interest the the MBB community. After a few more drinks, he decided it should be a spoken word plus jazzy percussion session, somewhere between Beryl Williams’ Giggles for Guzzlers and Hal Blaine’s Psychedelic Percussion.

When he googled “MBB underground” he discovered he actually knew two members of this sub-group, Ted Lee and myself. Sheepishly, Tom asked if Ted and I would assist him in winning this bet, and we told him, “sure.” As long as we got a cut of the loot. He agreed, and the session was “on.”

I chose a few pieces I’d written with a musical focus, Ted polished his rims and cymbals until they glowed, and then we hit the studio. The whole thing took about an hour, and we hope you dig the results. I was able to keep my persistent wheeze at a minimum, and only squeaked a couple of time. And Ted’s percussion is so sizzlin’, you’ll be asking yourselves — “where’s the fuckin’ bacon?”

Anyway, here you go — a tape that answers questions very few people have dared to ask. Now let’s hope Derwent collects toot sweet and forks over some sweet ducats as promised. We did our bit!

A tape project that has been in the works for awhile. One that was never quite clear how it would ultimately manifest itself until it had been completed.  When Byron & Ted sent me the recordings I was so blown away at first listen to find such lovely sounding & deeply thoughtful poetry in the form of record reviews & Byron’s many memories of being in San Francisco & New York during the golden hour of punk rock, no-wave, free jazz and more.  …But this isn’t just some spoken-word-books-on-tape-podcast… THIS-IS-FREE-JAZZ!! Byron’s compelling out-of-this-universe narration smoothly drifts along as Ted Lee perfectly captures the mood by guiding us thru the thick ambience with an assortment of unknown instruments and sounds, with thick but delicate brush strokes. Honestly, I can’t think of any other people who just naturally have it in their blood to a make a record that could sound like this. Here’s to hoping that we can get this legendary duo to delight us with more spontaneous poetic/harmonic beauty in the future!

Lost Treasures of the Underworld is thrilled to release this very special cassette with Feeding Tube Records. She’s a lovely little edition of only 150 copies! Hope you’ll grab one! 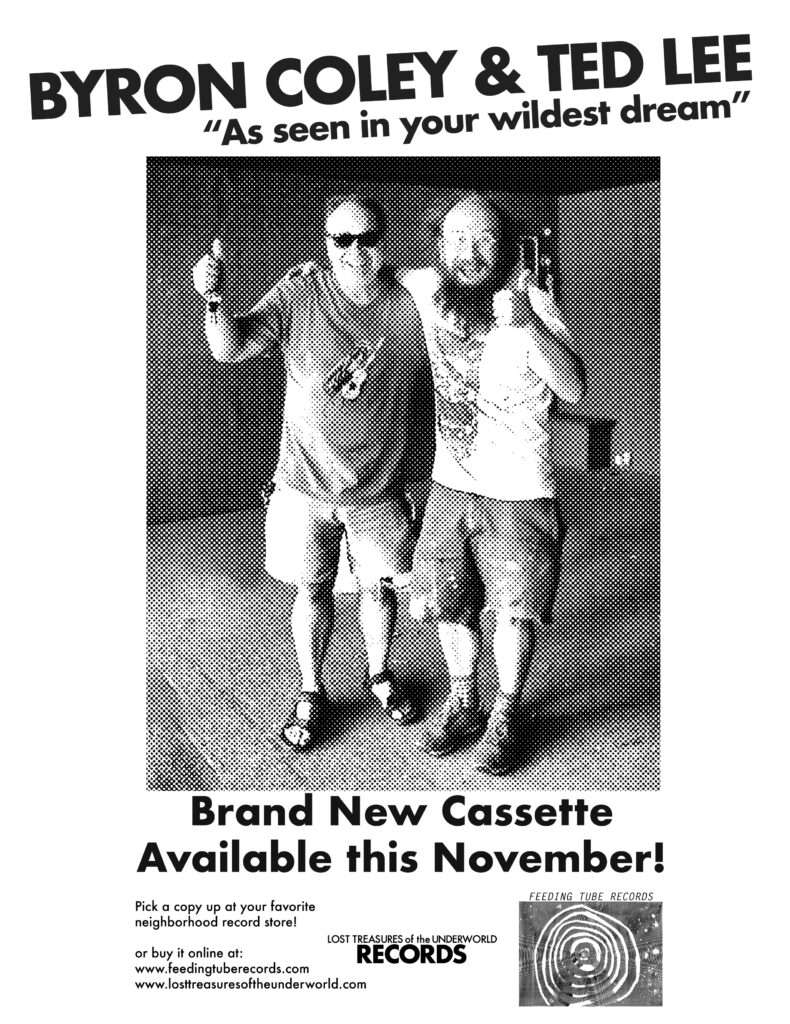 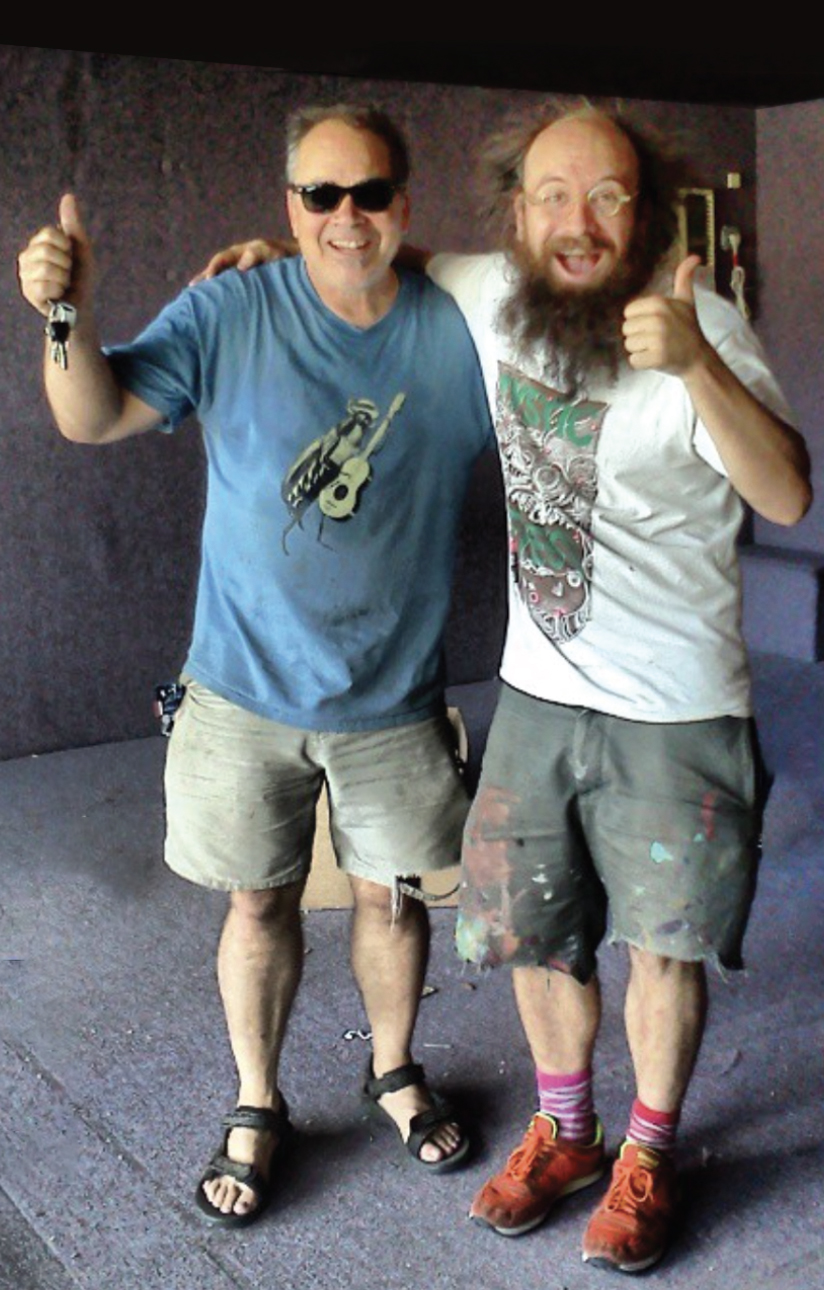