An overview of the vector, thus far anyway, of this bracing post-core duo/trio/whatever who were once based in Western Mass, and are now scattered between Mass, L.A. and Montreal.

The hub of the band is vocalist, Jackieboy, and guitarist, Dick Riddick. According to Jackie, the initial idea was to do “a knuckle dragging hardcore chrome kinda mash up with drum machine. My concept as vocalist was to front the band as a Jewish New Yorker stand-up comedian who’s found himself fronting a punk band and is trying to roll with the punches. Originally I wanted the live performances to be half stand-up and half music but dropped this and just put occasional Zingers in between songs.”

Initially, they were based in a farmhouse in Hadley, MA and decided to use a drumbox, both because it was a Chrome-like thing to do, and also since they couldn’t find a drummer who shared their twisted vision.

This album includes portions of their debut show, at Florence MA’s 13th Floor, in December 2014. Still a duo, they then recorded the eight tracks that comprise the Get in Line with Mental Decline EP in Feb. 2015 at Dead Air Studios in Leverett. The demo versions of “Confront Ya/Dickies” was recorded in March 2016. The live NY show from Jan 2016 was recorded at Betaville, and features special guest drummer Denny McDermott. The last bit is from Greenfield’s John Doe Jr., recorded in March 2016.

And there’s no way a mere recording can convey the very special brand of chaos these menches conjure up. But if close your eyes and crank this up, you’ll get close enough for jazz. 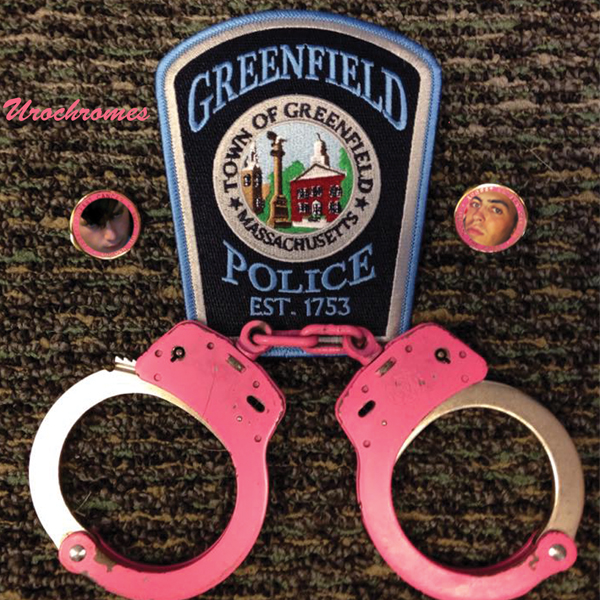