Officer Hjuler of the Flensburg police, and his wife Frau Baer are two of contempo sound poetry’s most prolific propagandists. They have released a huge pile of artist records on their own label, and have also had releases on Ultra Eczema, Blossoming Noise, Blackest Rainbow, Gold Soundz and elsewhere. This is their first American LP, and pairs an earsplitting lecture on sound poetry on the A side and a paean to the state of American Alcoholism. One of the most amazing and consistent releases in their discography, this is a splendid place for anyone to dip their toes into the pair’s idea of sonic construction. An incredible document.

“Amerikanische Poesie… is the duo at their most hilarious, alienating and crudely sophisticated”
– – David Keenan in WIRE

“this is, naturally, a batshit-crazy affair, with the two absolutely howling over the purported “legacy” materials (through a fender princeton from the sound of things) – it’s both terrifying and oddly inspiring (which sums up most of what makes this stuff so … engaging)” 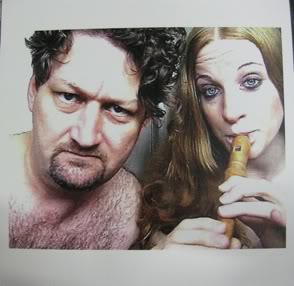