Hollow Deck - All The Roots

Second album by Western Mass’s most exciting live band is now in hand, and it’s a swirling web of dooziness. Recorded by Ted Lee at Fayre Lawn, the team of Mia Friedman and Andy Allen have created a masterpiece of strange familiarities.

Using a large array of instruments — banjo, gourd banjo, fiddle, guitar, tenor sax clarinet, flute, drum machine, etc. — the duo easily transcends any real or imaginary boundaries of what’s possible to do with just four hands. The results are as amazing as they are hard to categorize.

Listening to the album for the umpteenth time, brings to mind a wide variety of things: an album I have of a high school production of Lerner & Lowe’s Brigadoon; Virgil Thomson’s 1954 recording of Four Saints in Three Acts, his collaboration with Gertrude Stein; Kronos Quartet’s cover of Harry Partch’s “Barstow” from Howl USA; Big Blood’s recent work with Elliot Schwartz (FTR 241); etcetera.

There is an air of mid-20th Century avant garde romanticism hanging like a veil over this project. It probably has something to do with the concept of creating a bridge between vernacular culture and experimental performance (even if that performance is unconsciously wrought), but I’m too damn tuckered to get to the bottom of it right now.

Suffice to say, All the Roots is a mighty devil of a record. It fulfills the promise of Hollow Deck’s live show. And that is saying a pant-load and a half.    – Byron Coley, 2018 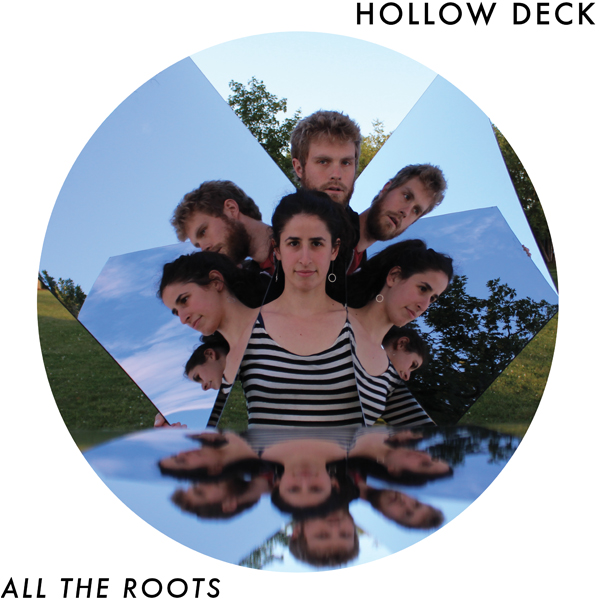