The Left Outsides - All That Remains

PURPLE VINYL – OUT OF PRINT

Counting their live CDR from 2007, All That Remains is the fifth album by Walthamstow’s finest duo since at least the halcyon days of Bevis Frond’s Inner Marshland.

Hard to pin down with any certitude, the music created by The Left Outsides varies from track to track and even moment to moment. Alison Cotton’s vocals, harmonium and viola blend with Mark Nicholas’s voice, bass, guitar, piano and drums in ways that recall everything from Kendra Smith and David Roback’s drony duo, Opal (on “Down to the Waterside,” to PJ Harvey covering an old Blondie tune as a dirge (on “Naming Shadows Was Your Existence”).

But the basic pulse of All That Remains most often reminds me of either current work by Massachusetts’ estimable Damon and Naomi, or the sound of Pearls Before Swine around the time of their third LP, These Things Two. Like those combos, The Left Outsides manage to swap and mix male and female vocals without altering the elegiac dream-heft of their overall sound. They do this while maintaining a vibe that feels indebted to the mists of wood and dale far more than the bustle of London.

And the instrumental arrangements are never too far from the light touch of the folk-rock classicism perfected in the UK and Holland as the ’60s slid into the ’70s. Most of the sounds seem more like meditations upon this period than any attempt at recreation, however, which also aligns the band with certain threads that emerged in the ’80s uk psych underground just before raves took over.

All of which makes this a beautiful and outstanding record, and one that especially rewards the deep concentration of what is euphemistically called “late night listening.”  It’s a very special spin. 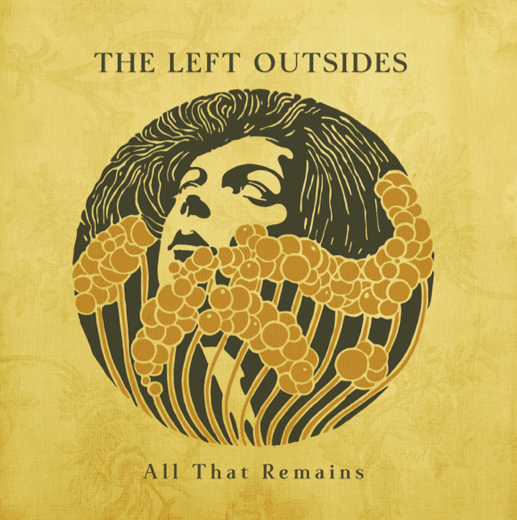