The Left Outsides - A Place To Hide

Much needed vinylization of an amazing live set, previously issued as a CDR in an edition of 100 by the fine Borley Rectory label. Finally, for the good of all mankind, the music from this great night, opening for Robyn Hitchcock at London’s Betsey Trotwood in October 2018, is turntable ready.

A Place to Hide begins with the album’s one new original tune “My Reflection Once Was Me.” The song brims with harmonium-iced vocals that cannot fail to bring a certain German-born chanteuse to mind. Built over a lovely droning base, and slow, martial pulsing, the song answers a rarely asked question — what might it have sounded like if Tim Buckley had written a tune for Nico to do on Chelsea Girl? I think you’ll be damn happy with this reply.

About half the album is made up of songs from their then-newly-released masterpiece, All That Remains (FTR 404). But the way they attack those tunes here has an additional shroud of moodiness drawn over it, adding a whole ‘nother layer of dark richness. This is not always the tone the band shoots for in a live setting, but it’s a truly otherworldly treat when they do. Because they really nail it, with a feel that makes me recall early work by the legendary Opal.

The same is true on the two cover tunes. The traditional “Young Girl Cut Down in Her Prime” (done so memorably by Shirley & Dolly Collins on Love Death & the Lady) is a tune the duo previously recorded for the Ptolemaic Terrascope’s great 2016 comp LP, Paper Leaves. But precious few copies of that one managed to get into the right hands. And this version is perfect — stark, haunting, electric. The other cover is a revelatory take on “Splash 1,” from The Psychedelic Sounds of the 13th Floor Elevators. The Left Outsides gently lift up one of the most beautiful songs the Elevators ever did, turning it into something even more charmed and wistful than the original.

And that’s it. A truly beautiful album from start to finish. And a great place to start exploring the band’s sound if you’ve not done so yet. Don’t be afraid to play catch up. There’s plenty more to come.
–Byron Coley, 2020 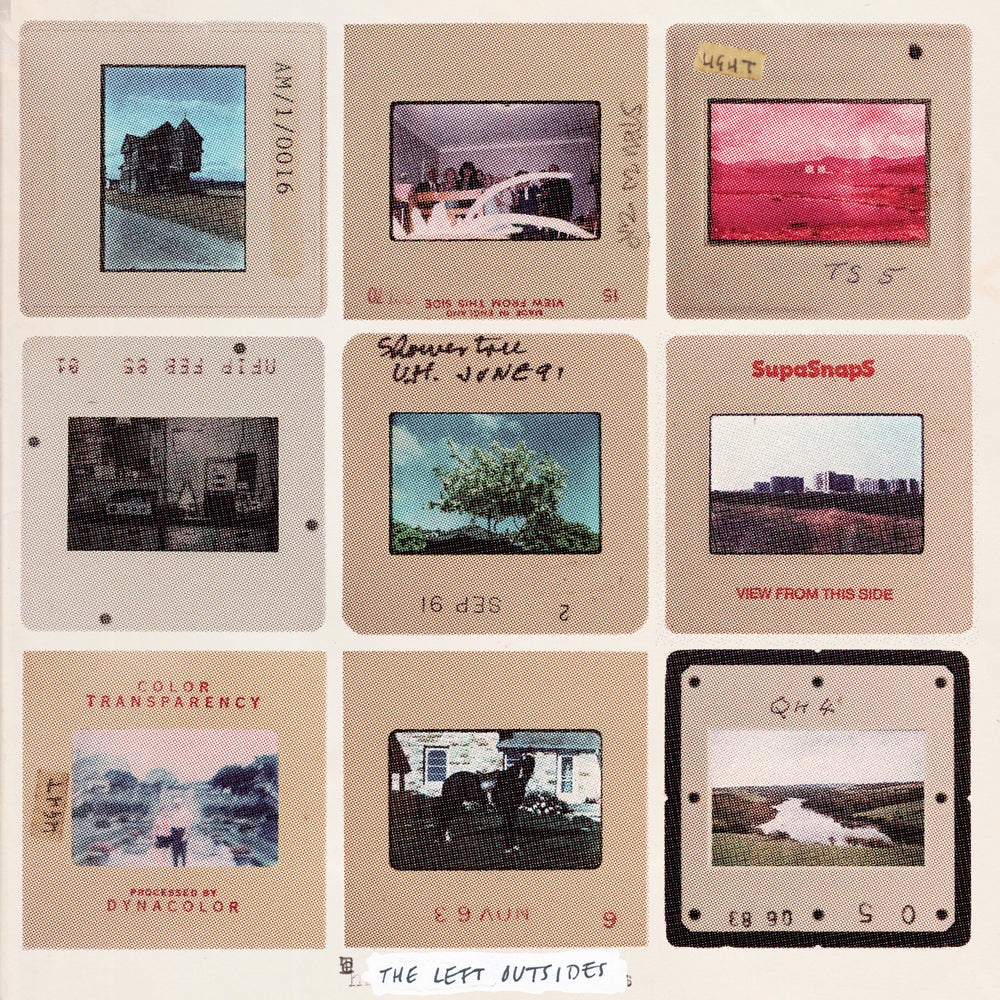