Stefan Neville is one of the busier beavers on the North island of New Zealand. Recording under his own name, as Pumice (or a variety of other soubriquets), running the Stabbies & the Rockets label, drumming for the Coolies and so on, he keeps his tail moving quickly so that it does not grow moss.

Greg Malcolm is one of New Zealand’s premier avant garde string-benders. He did a bit of band aktion with Jay Clarkson in Breathing Cage, but has mostly hewed to stranger improv-based roads. He plays oddly crafted guitar-like instruments of all manners, and has lots of great solo recordings as well as various ad hoc unit-spew and a duo record with Eugene Chadbourne. And NOW, at last, he has Nuance as well.

Greg’s strings often have lots of overloaded vibrational qualities to the way they sustain notes (‘though they know how to cluck like chickens, as well) and Stefan’s work ranges from stark drumming in the Mississippi style to key drones that extend the fake bounds of infinity. The breadth of the material they tackle is almost insane, but they manage to infuse it with their own distinct personality traits, and unusually friendly experimental tactics.

Hard to grasp? Sure. But it’s just as hard to stop playing it. That’s what we call real Nuance. 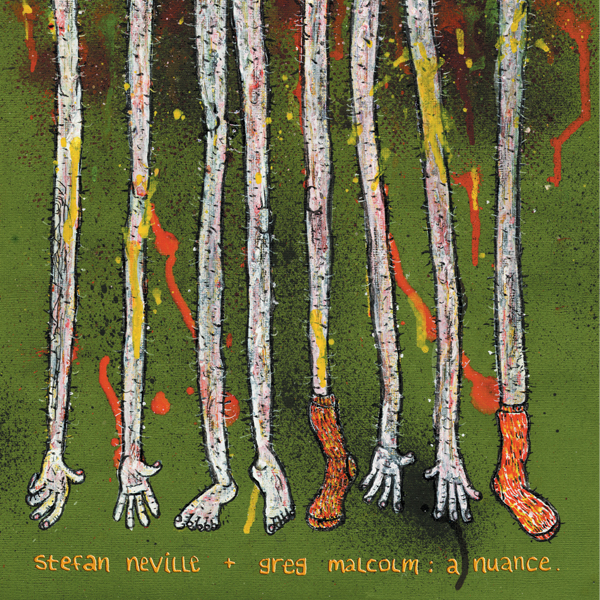