Men & Volts - A Giraffe Is Listening to the Radio

Men & Volts was one of Boston’s great bands, and I was sorry to see them fold up their tent in 1993. I had always known they started as a combo dedicated to playing the music of Capt. Beefheart & the Magic Band, but I was not in Beantown during this era, and thus missed the few shows they played in their original format.

Over the years I have bugged David Greenberger (who I knew through his work with The Duplex Planet, etc.) about tapes of this material, but he always claimed it was not really up to snuff. Eventually, however, I wore him down and he turned over various audio recordings of Men & Volts playing the Magic Band’s repertoire. And man, much of it was totally great.

These guys rehearsed three times a week for the better part of 1979 in order to get the stuff figured out, and they really nailed aspects of the material. Those deeply-versed in live recordings of the Captain will notice some differences pretty fast, although many people who have caught this on in-store play have assumed it is a new Beefheart boot. And I think they really managed to capture the essential, weird swing of the Magic Band.

The music on the album is a little lo-fi on spots, but we think it will get most people wiggling with pleasure. And the album title is a fairly obscure reference to a Cal Schenkel drawing that referenced a tune from Trout Mask Replica. Figure it out and impress your friends with what a goddamn nerd you are. 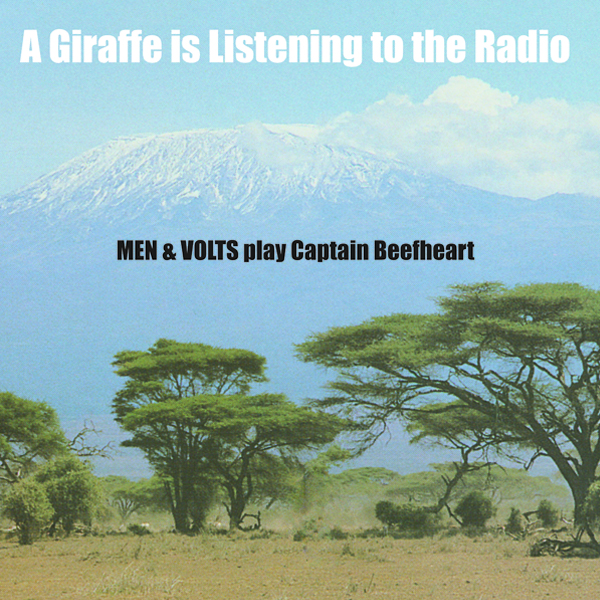