On the morning of January 20th 2019 I was woken up especially early at 8am (that’s early for me anyway) by the sound of freezing rain bouncing off my bedroom window.  Rather than trying to go back to sleep I impulsively got up, put on some clothes, brought my two autoharps, a digital recorder, a plastic tote (to protect the recorder from the elements) and an old card table outside, I set the autoharps up on the table so the freezing rain would hit the strings, placed the recorder in the tote next to the autoharps, pressed record, and this is what happened. 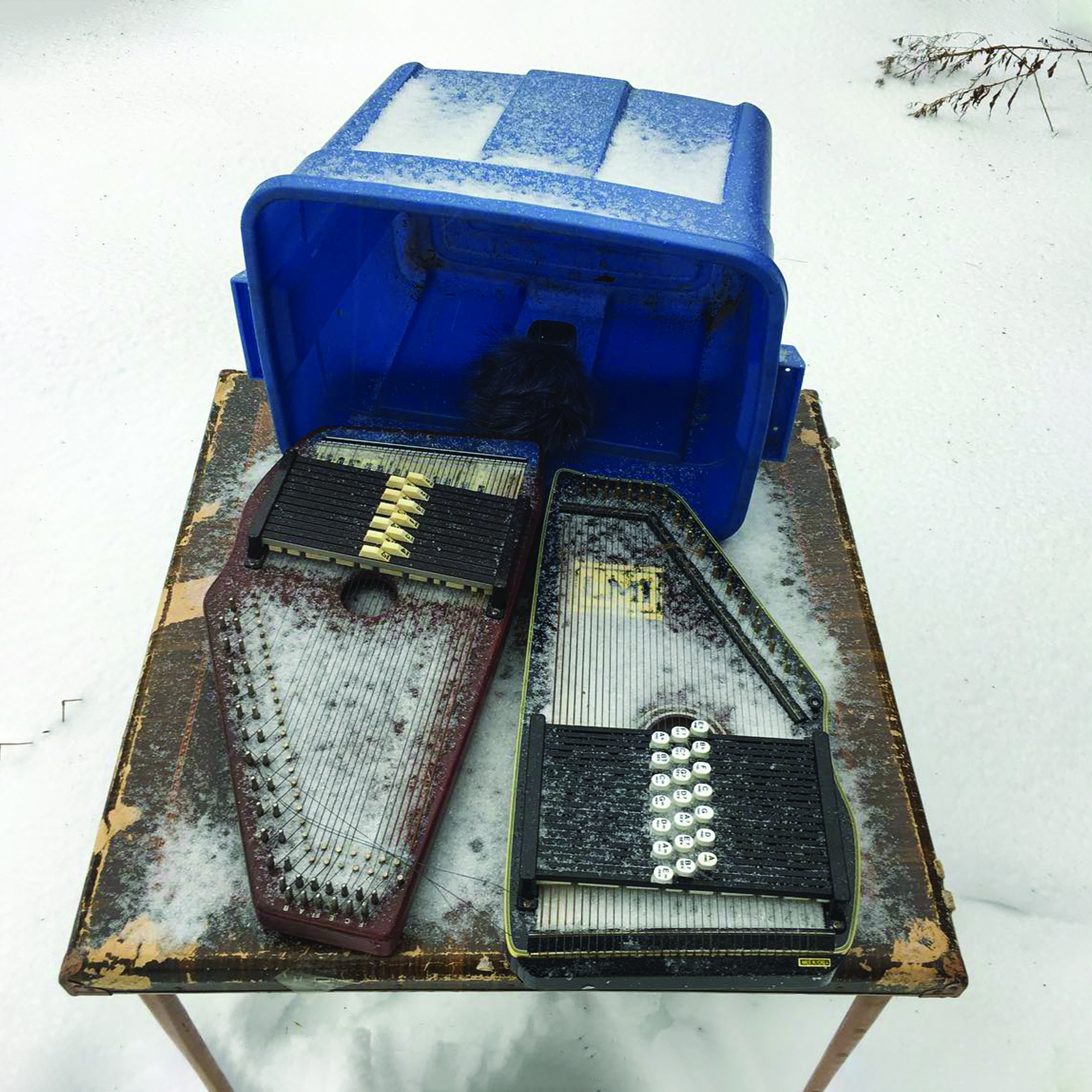