Over the many years we’ve known each other, Joe Carducci had several times mentioned his brother Mark had a cool band back in the pre-punk ’70s. Then a couple of years ago, he added that tapes of this project were around, and asked if might we be interested in hearing them. Midknight 1975 is the result.

Two different line-ups of the band are documented here — a quintet studio session recorded on location at the Hippie House, and a live one with a different drummer and one less guitar — and both are wailing, raw instrumental dives into what you’d have to call hard underground prog. There are some “chops” displayed, but they’re usually more in line with stuff like Hawkwind, the Pink Fairies and Third World War than something more delicate. It’s just great, driving, drug-fueled noise from the Chicago suburbs.

Here’s what Joe wrote, when I asked him for a few words on the band.

“When Jimi Hendrix died In 1970 the Tribune put him on the cover of the Sunday Arts section and my Grandma, who lived with us, asked me if Hendrix could possibly deserve such an honor — she wrote Dick Locher a fan letter when he had Dick Tracy unmask hippies as criminal degenerates. I know this because I have the letter Locher wrote back to her. I assured Grandma that Jimi Hendrix was great.

“My brother Mark picked up the guitar later that year to avoid becoming a criminal degenerate and quickly had a record collection that was 80% posthumous Hendrix releases. Mark named his band after the greatest tune on any of those, the instrumental ‘Midnight’ from the War Heroes album. The ‘K’ got added to the name soon after, I suspect at my suggestion, but luckily nobody can remember. “MidKnight mostly just practiced in our basement. I could hear them as my bedroom was at the other end of the basement. Grandma lived in a first floor bedroom directly over the band’s set-up but she could turn off her hearing aid so it worked out fine. If I was home when they played out at a school or church I would go to record them on Mark’s 4-track reel-to-reel. I remember that certain passages in their music would inspire the girls in the audience to start dancing, but then the time signature would change and the girls would stop and try to get their bearings all over again.

“I quit college and moved to Hollywood in the fall of 1976 and though I wasn’t connected to any scene there I tried to convince Mark to move his band out; rent was cheap and it seemed that something was bound to happen. But they’d all graduated from high school and gone separate ways.”

That said, this is the documentary evidence Midknight left behind. There were bands something like this all over the States in those days, but I can’t think of any I ever saw in high school or college auditoriums back then who had the good sense to play without a lousy singer. Without some Robert Plant wannabe simpering over the top, you can get a real sense of how wild their sound was. Thanks to Joe and Mark for letting us get our hands on the goods! 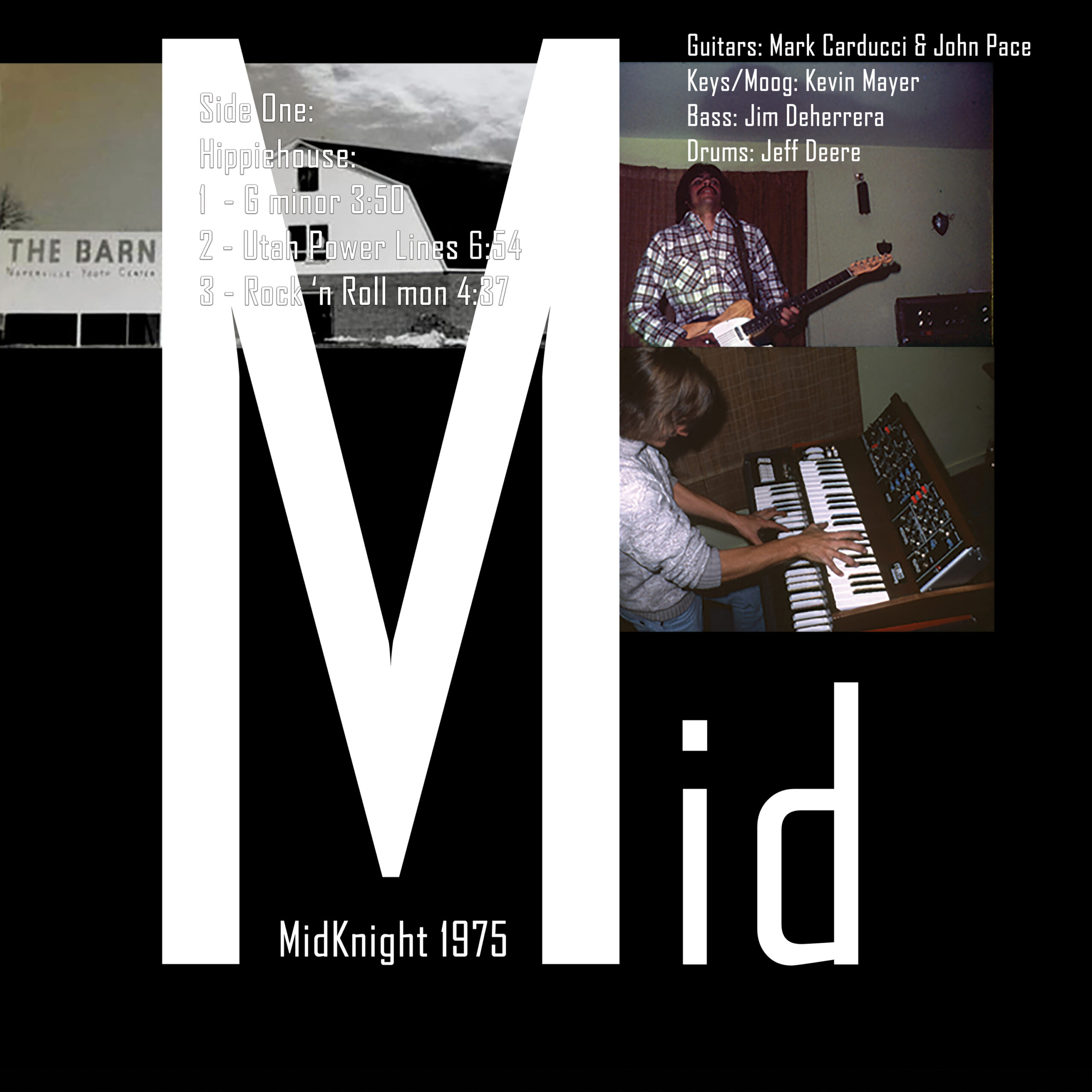