Bang! Brothers means many things to many people. Look the phrase up on your interweb, and you will discover many facets of amateur erotica that may have previously escaped your notice. But that is only one of its connotations. In its best sense, Bang! Bros refers to the ridiculously ecstatic duo of Mark Johnson and Arkm Foam, best known for their work with the Whithaus Family and Hunnie Bunnies. Both of the gents have now moved away from Boston — where Bang! Bros were based — but not before the threw dawn and took the challenge to play 12 live shows in 12 towns on 12/12/2012. You might think to yourself, in a Scottish accent — that cannae be done! But this here record is proof that it can and that it was.

Johnson and Foam were working in a strangely reductive format here — improvising freely with drum machines and other small electronic devices — but they manage to fill the air with all sorts of invention. Most such duos rely heavily on either pure noise or long-format drones, but the music here is   jumpy and weird without being overwhelming. There is, of course, a built-in obnox factor with the ADHD-derived idea of playing this sort of music in this sort of format on a “tour” of this kind, but hey — it works really goddamn well. I’m not sure they really take the idea of rhythm box as lead instrument as far as it can go, but they sure as hell push it as far as it has gone thus far.

What a great racket! 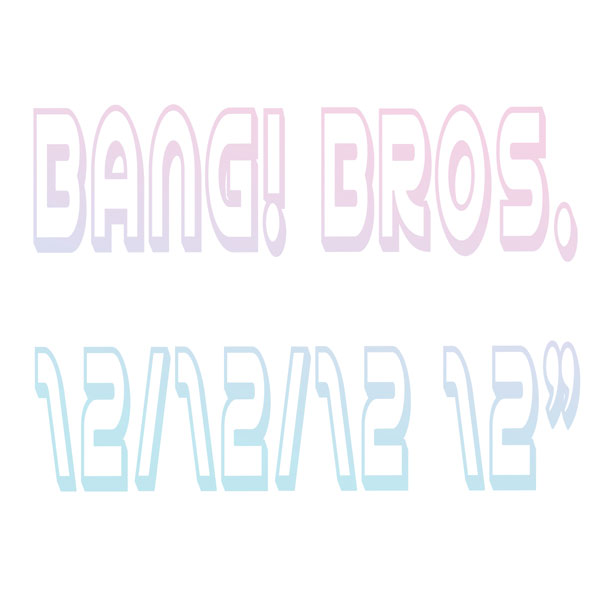